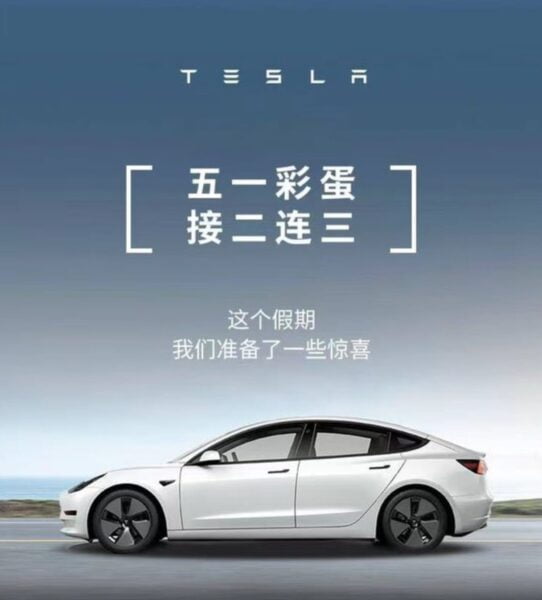 According to @Ray4Tesla, Tesla China is offering various perks for the upcoming Chinese Labor Day Break, which runs from May 1 to May 5.

The perks include free use of Enhanced Autopilot (EAP) for 45 days for any vehicles delivered before June 30, unlimited free Supercharging during the break, and a 25% discount on all HEPA or AC filter replacements.

Sales of Tesla’s Model 3 and Model Y alone rose over 69,000 units in China in this year’s first quarter. The company saw its sales surge 94% in March vs. February in China, from an end-of-quarter push which is typical for Tesla but never before to this extent.

2/ unlimited free supercharging during the break

Tesla also offered free EAP for 30 days to buyers in China in February, in celebration of Lunar New Year. This round of freebies comes following Tesla’s Q1 earnings call, in which it shared a record net income of $438 million will $10.39 billion in revenue.

Xpeng recently launched its P5 Sedan, complete with self-driving features. Similarly, NIO’s Navigation on Pilot (NOP) is comparable to Tesla’s Autopilot, though both NIO and Xpeng’s self-driving offerings are in their infancy compared to Tesla’s Autopilot and Full Self-Driving (FSD), the latter of which has been beta operational for over half a year now.