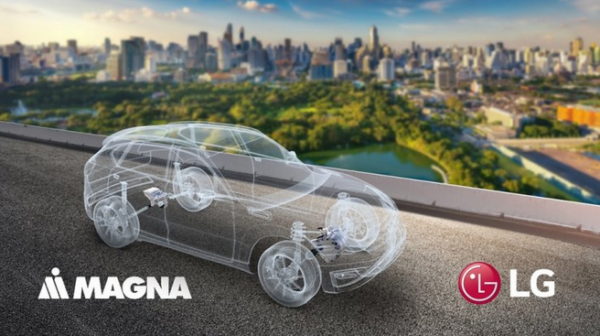 Magna and LG Electronics announced the formation of a partnership to build electric vehicle (EV) components last year, and in a new update, the joint venture may be likely to win a contract to build Apple’s upcoming autonomous vehicle.

On Tuesday, an anonymous person familiar with the matter told the Korea Times that LG Magna e-Powertrain is “very near” to signing contracts with Apple to build early units of the tech company’s autonomous EVs.

The contract would allow LG and Magna to build Apple’s first-generation EVs, which the company plans to use to evaluate its own marketability.

The source said, “LG Magna e-Powertrain is very near to signing contracts with Apple under which they could handle the initial volume production of Apple EVs. Contract details are still being discussed.”

Despite the deal, analysts predict that the Apple Car won’t become available until at least 2025-2027 at the earliest.

Earlier in the year, automakers Hyundai and Kia were reportedly in talks with Apple, though after weeks of going back and forth in the media, the talks apparently pulled a full U-Turn.

If LG Magna and Apple are able to come to an agreement, the companies will begin establishing new details to prepare for prototype production, set to begin as soon as 2024.