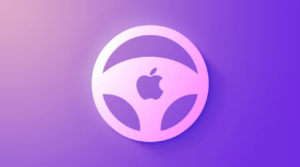 As Apple finalizes plans for a self-driving electric vehicle (EV), entitled Project Titan, EV companies and consumers alike are left wondering what exactly the tech company will be releasing.

While previous reports held that Apple’s EV might be released as soon as 2024, a new research note released by reliable Apple analyst Ming-Chi Kuo from TF International Securities has his doubts, reports MacRumors.

Instead, Kuo believes that the earliest Apple will be able to release its EV is 2025-2027, in spite of the original report.

the highlight of my investing career will be when tesla buys apple.

Kuo believes the market is bullish regarding Apple’s car launch, and remains unsure about how competitive Apple could be in the EV and self-driving markets. While legacy automakers are still dragging their feet through the mud in the transition to EVs, Apple is even further behind with no vehicles to show forth at all.

Still, the company certainly has the resources to pour time and money into Project Titan, which may allow them to compete after all.

In the note, Kuo wrote, “If Apple Car wants to succeed in the future, the key success factor is big data/AI, not hardware. One of our biggest concerns about Apple Car is that when Apple Car is launched, the current self-driving car brands will have accumulated at least five years of big data and be conducive to deep learning/AI. How does Apple, a latecomer, overcome this lagging gap?”

Apple’s EV release won’t see the public until at least 2024, and, if Kuo is right, it may be as late as 2028 or beyond before the vehicle hits the road. The Taiwanese analyst, previously from KGI Securities, is well-known in the Apple space for accurately predicting and sharing details of new products and launch timelines.

Tesla CEO Elon Musk recently responded to the Apple Car rumor by saying the report was “strange, if true”, while also dropping the iPhone maker’s CEO, Tim Cook, refused to meet about acquiring Tesla during the latter’s darkest days of its Model 3 launch.