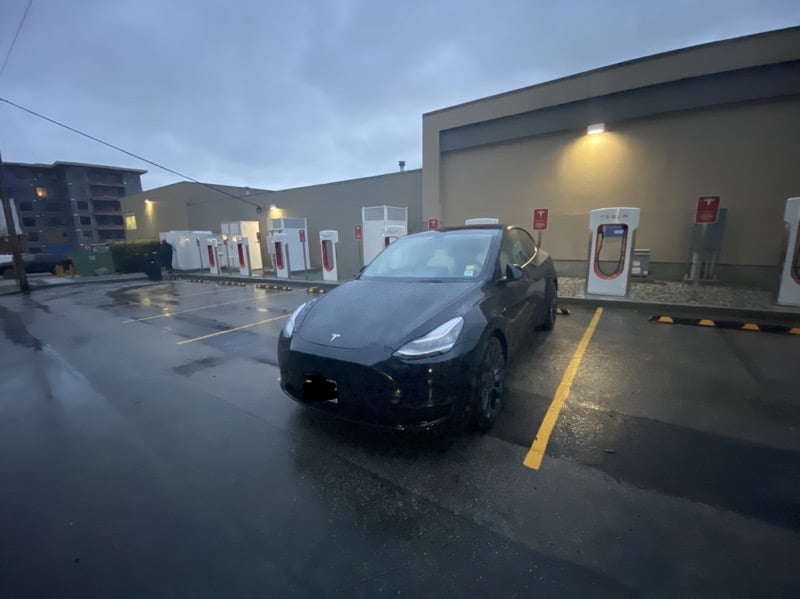 Tesla appears to be ready to open its new Supercharger in North Vancouver in British Columbia, Canada, after being under construction since early March.

The fence around the Superchargers came down today and Toby Li visited the location on Friday evening to share an update.

“I’m the first ever Tesla to be parked at the new North Vancouver V3 Supercharger station!”, said Li.

While that may be partially true based on who’s sharing images of being parked outside the new Supercharger, earlier this afternoon, user ‘tm3van’ said, “Tested some of the Superchargers and the J1772 chargers, but no juice yet. Should be activated soon!”.

I'm the first ever Tesla to be parked at the new North Vancouver V3 Supercharger station!⚡️🤩 pic.twitter.com/ZLS9MESF5r

These 8 V3 stalls are located at the London Drugs retail store parking lot at 2032 Lonsdale Avenue, in the back lane behind the store.

According to Li, the station isn’t operational yet, as BC Hydro still needs to activate the Supercharger stalls. Earlier this evening, a working truck was blocking all the stations, but now the site is wide open for anyone to visit, despite not working yet.

Now that a Tesla Supercharger is set to open in North Vancouver, all that is needed is the West Vancouver Supercharger to become a reality soon, for Tesla owners living North of the Lion’s Gate Bridge.