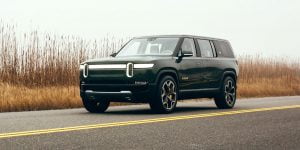 As electric vehicles (EVs) have increased in popularity, we’ve been able to get a peek at a few different business models from companies around the world. And one US-based EV company has just announced some important changes to its service plans.

On Thursday, Rivian announced a new service plan, in which it seems to be following Tesla into mobile service and app-based scheduling, according to electrek. Many automakers will use third-party franchises for service, but Rivian has decided to follow Tesla’s model of using its own service network to serve its customers.

Along with its updated service plans, Rivian shared that it will have mobile service vans that can come to where the owner and EV are located. In addition, the new service plan includes remote diagnostic abilities, a company-owned service center network, and app-based scheduling to streamline the entire service process for EV owners.

Tesla was also approved last month to move forward in its lawsuit with Rivian over trade secrets. Despite the ongoing lawsuit, Rivian and Tesla have also been working together within the legal system, in hopes to overturn direct sales laws which prevent EV companies from selling directly to customers in many US states.

Rivian also expects to have 600+ of its own charging stations throughout the US and Canada by 2023.

Electric vehicle (EV) startups are desperately trying to catch up to Tesla’s reach beyond the U.S. market, with fellow automaker Rivian reaching beyond its home country’s borders this month for the first time. @Rivian had its first deliveries beyond the U.S., as debuted in a Canadian Open House event shared by the automaker on Twitter […]
Peter McGuthrie
3 days ago