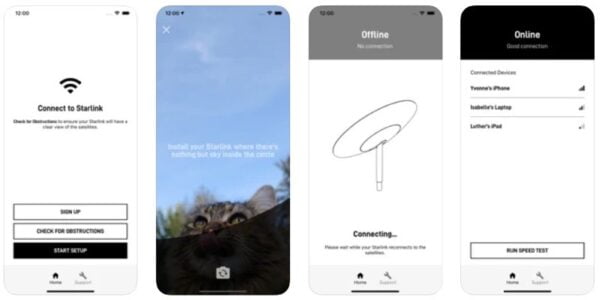 On Thursday, the Nooksack tribe of northern Washington held a trial of SpaceX’s Starlink internet service, according to a press release. Starlink kits have been successfully installed at one of the Nooksack tribe’s community buildings, ultimately giving attendees the ability to connect to the internet at 190 Mbps download speeds.

The new Starlink internet is to start with 102 “angel accounts” from the tribe for the first year of service, which are households that have been identified as the most needed Tribal areas – ultimately meaning the previous internet fell under the federal broadband of 25 Mbps.

After the first year of service, the tribe will be able to begin Starlink service at the standard price of $99 per month. The tribe’s households that have already been using the internet service will receive the Starlink kits at the end of the year at no additional cost.

With the Nooksack tribe’s new Starlink kit installation, many households were reporting download speeds between 80 and 140 Mbps.

It’s not just indigenous peoples in the United States that are benefiting from Starlink. In Canada, the Pikangikum First Nation up north are also seeing new opportunities thanks to Starlink’s high-speed connectivity.

The goal of Starlink is to bring high-speed internet to underserved areas and for revenue to fund SpaceX’s goal of reaching Mars, according to Elon Musk.

A new Starlink dish just dropped, this time featuring a wider range of weather capabilities for use in harsh marine conditions. SpaceX released a new Starlink dish for marine customers this week, featuring an overall flatter design and a much higher wind resistance, as can be seen on the company’s website (via @Sawyer Merritt). The […]
Peter McGuthrie
4 days ago

One Starlink subscriber impacted by Hurricane Fiona in Canada has reported that the service’s second-generation “Dishy” terminal successfully weathered the storm and came out unscathed (via Reddit). Starlink is a high-speed satellite broadband service from SpaceX. Customers set up their Starlink terminals in clear view of the sky, and these terminals then communicate with satellites […]
Nehal Malik
6 days ago