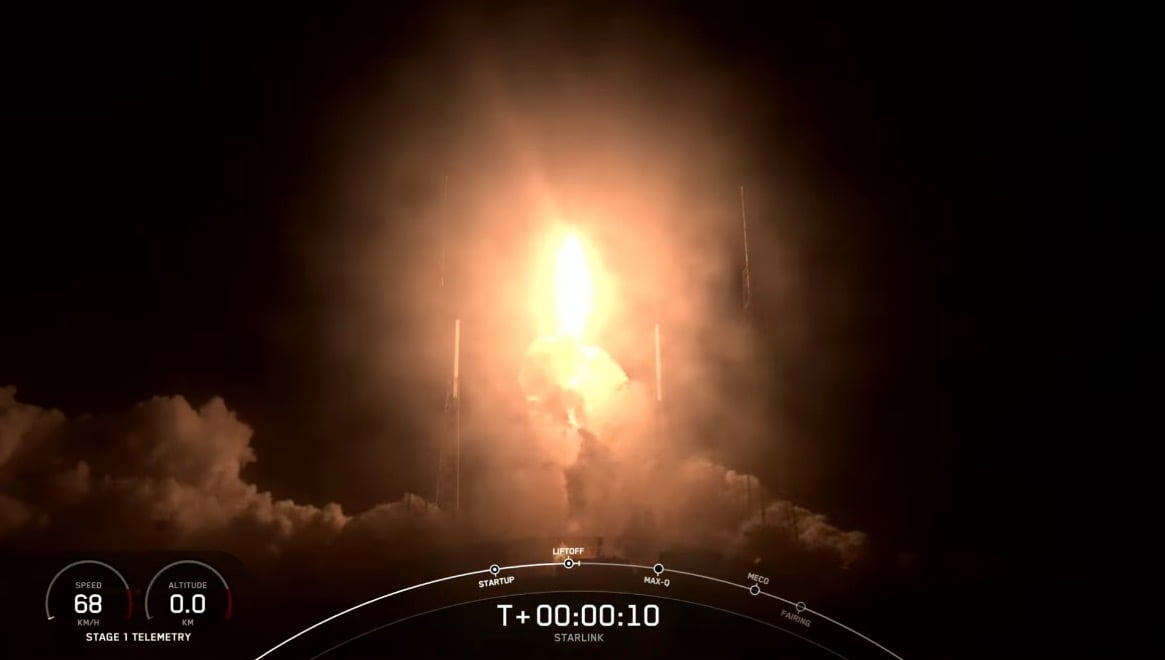 The launch took place at Space Launch Complex 40 in Cape Canaveral, Florida. The company’s B1060 Falcon 9 booster completed its sixth launch and landing, with the latter aboard the autonomous drone ship Of Course I Still Love You.

Check out the quick summary below of this morning’s launch, which took place on the 15th anniversary of its Falcon 1 rocket’s first flight:

With today’s Starlink launch, SpaceX has now completed four launches of satellites in one month, for a total of 240 sent into orbit. Other Starlink launches took place on March 4, March 11, March 14 and today, which you can watch the replay below:

SpaceX now has over 1,300 Starlink satellites in orbit, reports Space, including some that are no longer in operation. The company’s initial Starlink constellation goal is 1,440 satellites, with FCC approval for 12,000 satellites. However the company has plans to debut 30,000 extra satellites, and if it does, should expand Starlink’s presence beyond our current imagination.

You can click here to sign up for the Starlink internet beta, currently available in the U.S., Canada, the UK, Germany and New Zealand.