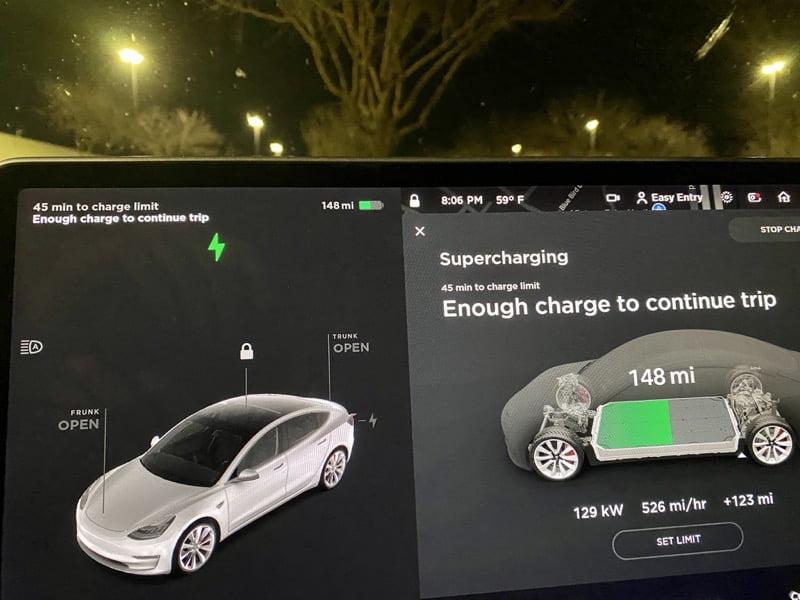 According to FSD beta tester, @brandonee916, based in Sacramento, California, he shares on Sunday evening a new charging status inside his Model 3, that reads, “Enough charge to continue trip.”

Brandon experienced this screen while Supercharging on Sunday night.

““Enough charge to continue trip” is definitely new wording with the latest software update. Not sure if this is part of the 4.11 or #fsdbeta branch,” said Brandon.

Others replied to Brandon to note they have not seen that before, while others noted they were similarly seeing the new charging status message.

I was just about to point this out pic.twitter.com/yMjRj9gHGl

The status shows up in big bold letters, indicating to owners it’s now time to leave the Supercharger as you’ll have enough battery to continue to your final destination, freeing up the spot for others.

A coming software update has added a useful pop-up feature for Tesla’s Superchargers, showing new details that weren’t previously included. Tesla software update 2022.36 includes a newly designed pop-up map feature for Supercharger locations, as detailed by Not a Tesla App on Monday. The pop-up map includes information such as the number of available charging […]
Peter McGuthrie
20 mins ago

Tesla’s official CCS Combo 1 adapters have begun delivering to customers, as noted on Monday by a Model 3 owner (via Reddit). The CCS adapter costs $250 in the U.S. and $325 in Canada, offering up to 250 kW at third-party charging stations where Tesla’s proprietary Supercharger connections aren’t available. Tesla launched official sales of […]
Peter McGuthrie
50 mins ago 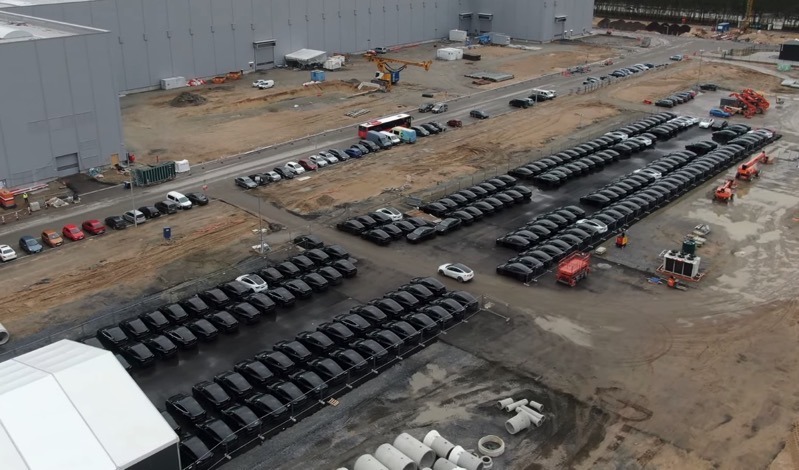 An outdoor area of Tesla’s German car plant caught fire, requiring the local fire department to enter the scene on Monday. A fire broke out at Tesla’s Giga Berlin in Grünheide, Germany on Monday, before the local fire department was called to extinguish the fire around 3:30 local time, as reported by Reuters. The fire […]
Peter McGuthrie
55 mins ago