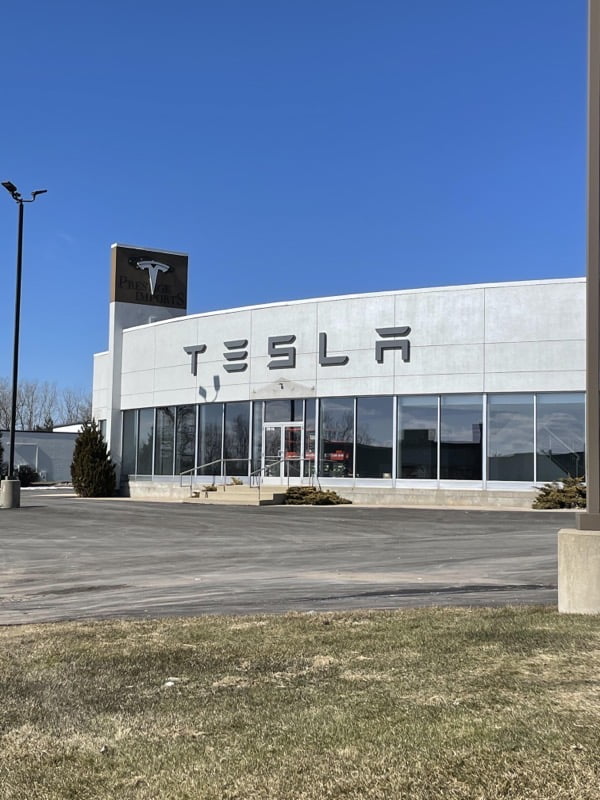 Tesla is planning to open up a new Service Center and Showroom in Grand Rapids, Michigan.

The location is at 2919 29th Street SE, according to Reddit user u/MichiganGeek. According to an image shared of the site, we can see Tesla signage up.

Others spotted this location with signage up earlier this week as well, citing it did not look to have any renovations completed on the building, yet:

New Tesla showroom in Grand Rapids, Michigan. Does anyone know anything about it? Just a new sign on a yet to be renovated building so far. @elonmusk @Tesla #GrandRapids pic.twitter.com/5QnFK5AowQ

According to Google Maps, this location was formerly the car dealer Prestige Imports:

Currently, the only other Tesla Service Center and Showroom in Michigan is the Detroit-Clarkston location, at 8105 Big Lake Rd, Clarkston.

Last year, Tesla settled a lawsuit with Michigan, after the electric automaker sued the state over its ban on direct-to-consumer car sales. The deal reached between Tesla and Michigan paved the way for service centers to be allowed in the state. Previously, new Tesla owners in Michigan had to travel outside the state to pick up their new vehicle purchases and for servicing as well.