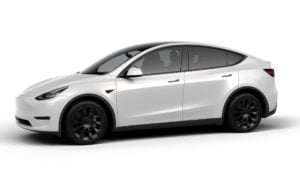 Tesla cut its prices of the Long Range Model 3 in Japan by about 24% just a few weeks ago, and following the event, demand for the company’s electric vehicles (EVs) within the country increased significantly.

Before the price cut, Tesla’s cars were delivering in six to eight weeks following the initial order, but that time has now dropped to between 12 and 18 weeks due to new demand, according to Bloomberg.

While the company’s Long Range Model 3 dropped in price to 4.99 million yen ($46,700 USD), Japan is also looking to push bans of gas car sales by the mid-2030s, alongside many countries and states around the world.

Tesla’s Model 3 sales appear to be taking off in Japan since it cut prices last month $TSLAhttps://t.co/S4ItaxXbeY

Being the world’s third-largest auto market, Japan is an important market for Tesla, and the current demand and prices the company is offering are directly competitive with Japanese automakers.

Takeshi Miyao, an analyst at consulting firm Carnorama in Tokyo, said, “This proves that EVs will sell if they’re cheaper.” Miyao continued, “It’s a shocking situation [for Japanese automakers.]”

Honda and Mazda, both based within the country, started selling their own EVs last year, though neither has quite the range offered by Tesla’s EVs, despite price tags of about 4.5 million yen ($42,088 USD) – under the Long Range Model 3 by just a half million yen.

In any case, Tesla’s demand has generally been on an upward trend around the world, but with Japan being home to a number of the world’s major automakers, Tesla’s growth in the country may well threaten some of Japan’s biggest automakers in the years to come.