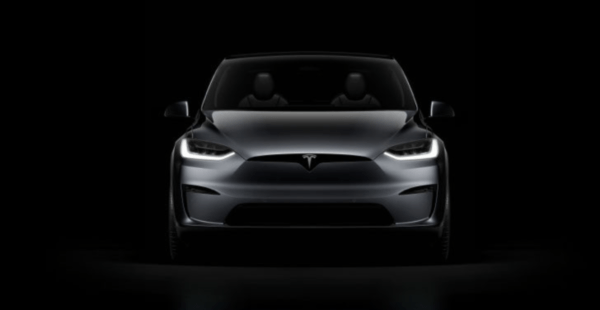 Tesla has faced a lot of criticism for certain quality control issues on its electric vehicles (EVs) in recent months, and a new round of scrutiny in Europe is requiring a recall.

On Friday, CNET reported that Germany’s KBA vehicle authority has called on Tesla to recall 12,300 of its Model X SUVs from between 2015 and 2016, due to a faulty trim adhesive.

While the authority has estimated that the issue only affects 195 vehicles in Germany, they also report that the trim adhesive may become loose and allow a piece of the trim to completely detach – presenting a major safety issue on the road.

Over 2,500 Tesla Model Y SUVs Get Recalled in the United States https://t.co/9MPF4ZA3S2

In November 2019, the National Highway Traffic Safety Administration (NHTSA) also had Tesla recall roughly 9,500 Model X SUVs in the US for a similar roof trim adhesive. It’s not clear if the current recall is from the same piece of trim, but even if not, it isn’t the first time that Tesla’s trim adhesive went haywire.

Tesla CEO Elon Musk has said in the past that the most difficult part about building EVs is scaling production. The comment seems fitting, given that the only major area where the public has issues with Tesla is in production and quality control, and the EV company has less experience in mass production than legacy ICE automakers like Ford, GM, and Volkswagen, among others.

In any case, hopefully, Tesla’s recalls can make the roads safer for everyone, without jeopardizing the company’s impressive business model, reputation, or role in bringing the EV to mainstream adoption.

Tesla CEO Elon Musk has spoken out in regards to his agreement to buy Twitter on the original terms, after news broke on Tuesday morning. Musk said just now, “Buying Twitter is an accelerant to creating X, the everything app.” When asked if it would be easier to build X from scratch, Musk replied, “Twitter […]
Sarah Lee-Jones
6 hours ago

Tesla has announced it will be removing ultrasonic sensors from its vehicles, the next step of its camera-based Tesla Vision Autopilot. “Today, we are taking the next step in Tesla Vision by removing ultrasonic sensors (USS) from Model 3 and Model Y. We will continue this rollout with Model 3 and Model Y, globally, over […]
Sarah Lee-Jones
8 hours ago

Tesla announced on Tuesday it has hit a milestone of reaching 10,000 Superchargers in Europe. “Tesla owners in Europe now have access to over 10,000 Superchargers, spread over 30 countries,” said the automaker on LinkedIn. “The European network has already grown more in 2022 than any other year, with still 3 months to go,” said […]
Sarah Lee-Jones
10 hours ago