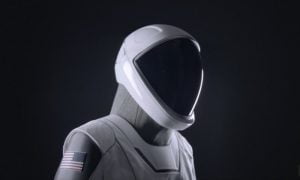 In a press release, NASA shared it has officially awarded a launch contract to SpaceX to transport its foundational elements for Gateway, the very first long-term Moon-orbiting outpost. The elements include the Power and Propulsion Element (PPE), as well as the Habitation and Logistics Outpost (HALO), both playing critical roles under the agency’s Artemis program.

The launch is expected to take place as early as May 2024, using a Falcon Heavy rocket and lifting off from NASA’s Launch Complex 39A at the Florida Kennedy Space Center. The total cost is expected to be about $331.8 million (USD), and will include both the launch itself and other mission-related expenses.

The PPE and the HALO are both critical pieces of the mission, with the PPE offering power, communications, altitude control, and mobility options between orbits. Alternatively, the HALO component is a pressurized living space, and a stopping point for astronauts traveling to and from the Moon.

The HALO is currently being designed and built by Northrop Grumman Space Systems of Dulles, Virginia, while the PPE is built by Maxar Technologies out of Westminster, Colorado.

SpaceX and NASA have long worked closely together, and this historic mission will offer astronauts easy access to the Moon for the first time ever.

In early November, SpaceX announced a new Fair Use policy for its Residential customers in the US and Canada, along with all Business and Maritime customers. The new policy was set to begin in December 2022, but now SpaceX has delayed the policy, according to an update on its website. The plan would offer up […]
Sarah Lee-Jones
12 hours ago

The Federal Communications Commission (FCC) approved SpaceX to launch up to 7,500 next-generation Starlink satellites on Thursday, according to a report from CNBC. “Our action will allow SpaceX to begin deployment of Gen 2 Starlink,” said the FCC. The approval is only for part of SpaceX’s application for Starlink next-gen satellites. The company wanted 10,800 […]
Peter McGuthrie
15 hours ago