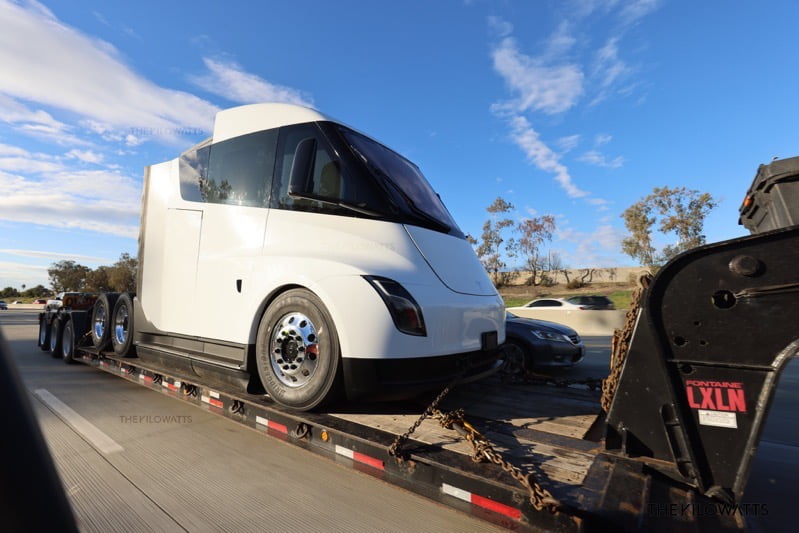 Image via The Kilowatts

Tesla stated in its Q4 2020 earnings it plans to deliver its first Semi truck in 2021. Now, according to information received by Sawyer Merritt, a close follower of the electric vehicle company, we may have details on the timeline of production.

According to Merritt on Thursday, he says “For a few weeks I’ve been in contact with a source from a U.S Tesla supplier. They supply certain parts for the S,X,3 and Y, but I’m here to reveal some info on Tesla Semi. As always, take these kinds of things with a grain of salt. Things/timelines can change.”

EXCLUSIVE: For a few weeks I've been in contact with a source from a U.S Tesla supplier. They supply certain parts for the S,X,3 and Y, but I'm here to reveal some info on Tesla Semi. As always, take these kinds of things with a grain of salt. Things/timelines can change.

“This supplier starting working on Semi related stuff in Q4 2020 (based on the info I have). Per this supplier, the body will be built in Fremont CA, final assembly will be at Giga Nevada in 2021 & eventually Giga Texas in 2022,” explains Merritt.

“Whether final assembly will take place both in Nevada and Texas or eventually just switch to Giga Texas when the factory is done is unclear,” added Merritt’s unnamed source.

Release candidate builds of Tesla Semi are said to begin in May 2021, while Pilot production will start this July, with actual production set for August 2021, with the latter date based on the supplier’s parts information.

Merritt says Tesla Semi production will start in the European Union by 2023, according to his anonymous source.

“I know the name of the supplier and their location. I have also seen some spreadsheets and presentations slides from this supplier so I believe the timelines, but as always (and especially with Tesla) things can change so take everything I just said with a grain of salt,” added Merritt’s disclaimer.

Tesla said during its Q4 earnings call battery constraints are holding the company back from producing Semi. Recently, a new Semi prototype was spotted in California, showing design changes.

Now, it’s unclear if any of this information is real, so definitely take it for what it’s worth. Nonetheless, as we near the first Tesla Semi delivery this year, expect more information to possibly leak about production timelines. But given Tesla’s tight-lips around the recent Model S and Model X refresh, we may not know much about Semi, until the last minute.

SpaceX Says Starlink Internet Has Over 10,000 Users Across the U.S., Canada and UK