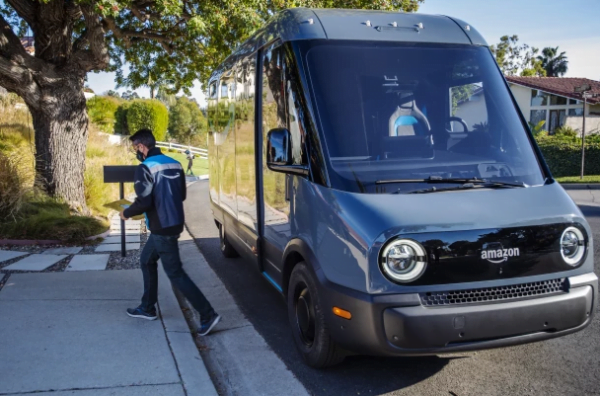 The all-electric Amazon Prime van, as made by Rivian, has been spotted a few times already making deliveries in California, and it’s looking and sounding incredible.

Wednesday, Amazon shared a new teaser video to its Twitter account announcing that its Rivian-made Prime electric van will be deploying to 15 cities in 2021.

In a press release attached to the tweet, Amazon Global Fleet and Products Direct Ross Rachey touted the sheer speed at which the project had accelerated to this point.

Rachey said, “We’re loving the enthusiasm from customers so far—from the photos we see online to the car fans who stop our drivers for a first-hand look at the vehicle.” He continued, “From what we’ve seen, this is one of the fastest modern commercial electrification programs, and we’re incredibly proud of that.”

🚚 There’s a new vehicle #DeliveringSmiles to customers, and it’s electric. 🚚

Amazon also shared how the deployment of tens of thousands of these electric delivery vans in the next few years will help support its goal of reaching net-zero carbon across all of its operations by 2040.

The company’s partnership with EV company Rivian will play a crucial role in securing this goal for the company, as it will continue to supply the zero-emissions vans to Amazon for the foreseeable future.

In any case, Rivian’s Amazon Prime van is quite the sight, and with deployments set to begin throughout this year, it will also help reduce delivery-related emissions significantly.

Another state is targeting a major shift to electric vehicles (EVs) by the mid-2030s, following California’s mandate on going emission-free. New York Governor Kathy Hochul (D) said on Thursday that the state will need to shift to selling only zero-emission vehicles by 2035, as reported by The Hill. “We’re really putting our foot down on […]
Peter McGuthrie
24 hours ago

Canada Infrastructrure Bank (CIB) has launched an investment of $500 million into EV charging and hydrogen refueling in a new initiative focused on infrastructure, as detailed in a press release on Thursday. The Charging and Hydrogen Refuelling Infrastructure Initiative (CHRI) is aiming to decrease greenhouse gases in the transportation sector by increasing the availability of […]
Peter McGuthrie
24 hours ago