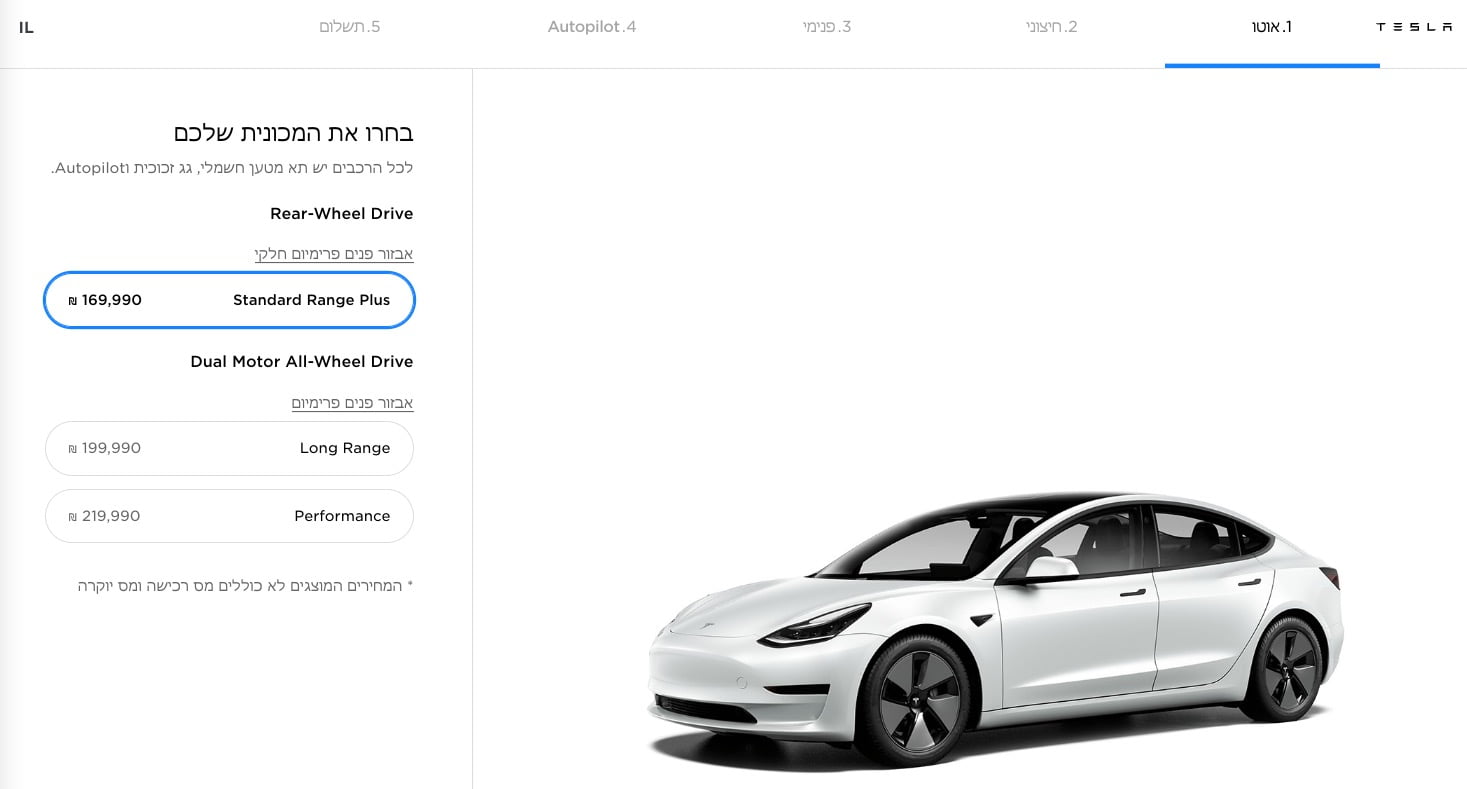 With expansion projects around the world, it can be a little tough to keep track of Tesla’s plans.

On Tuesday, Tesla announced that it is officially open for sales in Israel, just a month after the Transportation Ministry approved the automaker for import, according to the Jerusalem Post. Customers can place their orders online using the company’s website.

Tesla’s first service center in Israel has also opened in Petah Tikva. The company also has a Model 3 displayed in Tel Aviv’s Ramat Aviv Mall, where onlookers will also be able to take it out for a test drive.

Tesla has also shared plans to open fast-charging stations in both Tel Aviv and Haifa, with more stations coming later this year. The charging infrastructure is likely Tesla’s largest barrier from mainstream adoption in Israel, despite having overcome quite a bit to even be able to sell cars in the country.

In any case, this newest move also marks the first outside electric vehicle (EV) company to enter the country of Israel. And with it, comes a new age of sustainable transportation, and hopefully many more EV companies in the future.