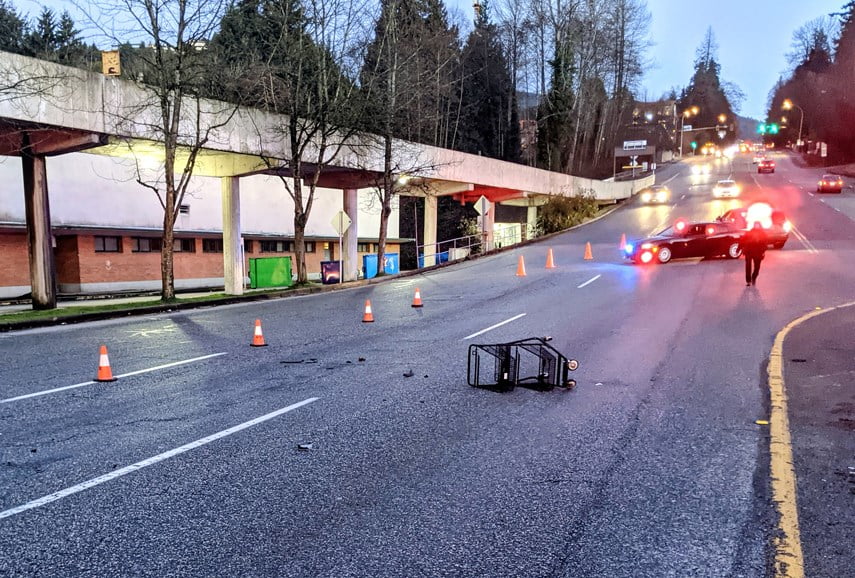 Earlier this month, a 58-year old man was hit by a Tesla Model X in West Vancouver, British Columbia, Canada, only to see the electric vehicle flee the scene.

The 91-year-old driver who struck a pedestrian on Taylor Way and kept driving last week has been ticketed.

The incident happened on Jan. 19 when the driver of a Tesla Model X struck a 58-year-old man pushing a shopping cart across the 400 block of Taylor Way. Police put out a call for witnesses, saying it was likely the driver would have known they hit someone.

West Vancouver Police say the Tesla owner came forward the next day, after hearing about the incident in the news.

“He was fully co-operative with police and claimed to have been unaware that he had struck a pedestrian that morning,” said Const. Kevin Goodmurphy, West Vancouver police spokesman, speaking to North Shore News.

The driver was given a ticket for $368 for failing to remain at the scene of an accident, said Goodmurphy.

“Given the facts and circumstances of the incident, as determined by the investigating officer, the driver was issued a violation ticket.”

As for the victim, he suffered soft tissue injuries, according to his visit to hospital.

The B.C. Motor Vehicle Act states anyone involved in a collision must stay or return to the scene and assist the situation.

The name of the 91-year old driver was not released and only would be revealed under the Motor Vehicle Act if they disputed their ticket in court.