In regards to battery and powertrain for Model S and Model X, Tesla says both the battery pack and modules have been “fully redesigned.” The company has now also included “Model 3 and Model Y motor technology throughout”. These updates allow for 5x more high-speed quarter mile runs, plus increasing efficiency, says Tesla. 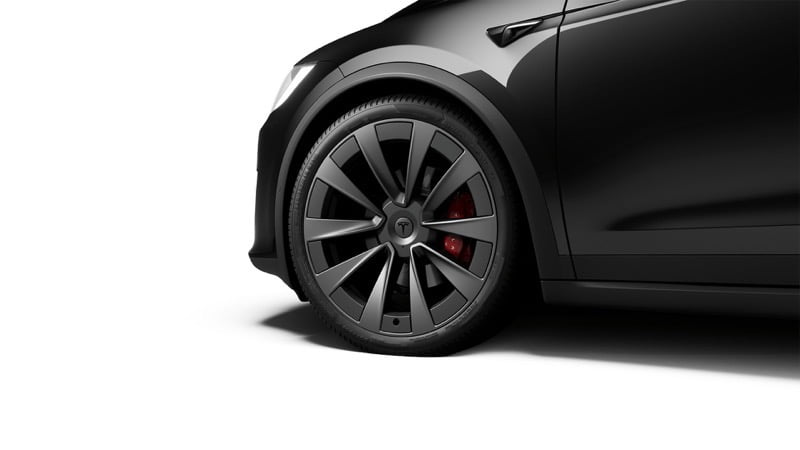 Performance versions of Model S and X replaced by Plaid, which brings a trial-motor powertrain “with a unique high-speed, high-power rotor”.

Tesla included a chart showing the Model S Plaid is now the fastest accelerating car ever made, beating out the Porsche 918 Spyder: 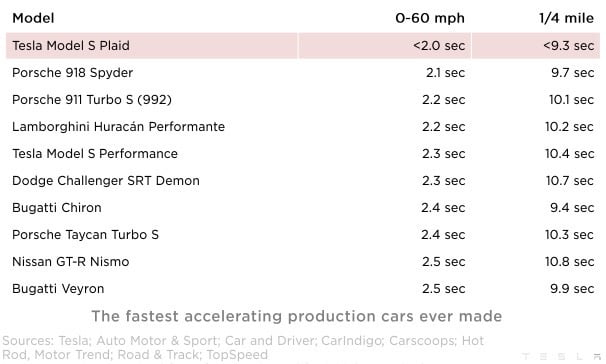 Elon Musk said on Tesla’s Q4 2020 earnings call the new Model S refresh comes with a $10,000 USD price increase compared to before. “Hopefully, people aren’t too upset if they bought the old model last month, but this one $10,000 more,” said Musk.