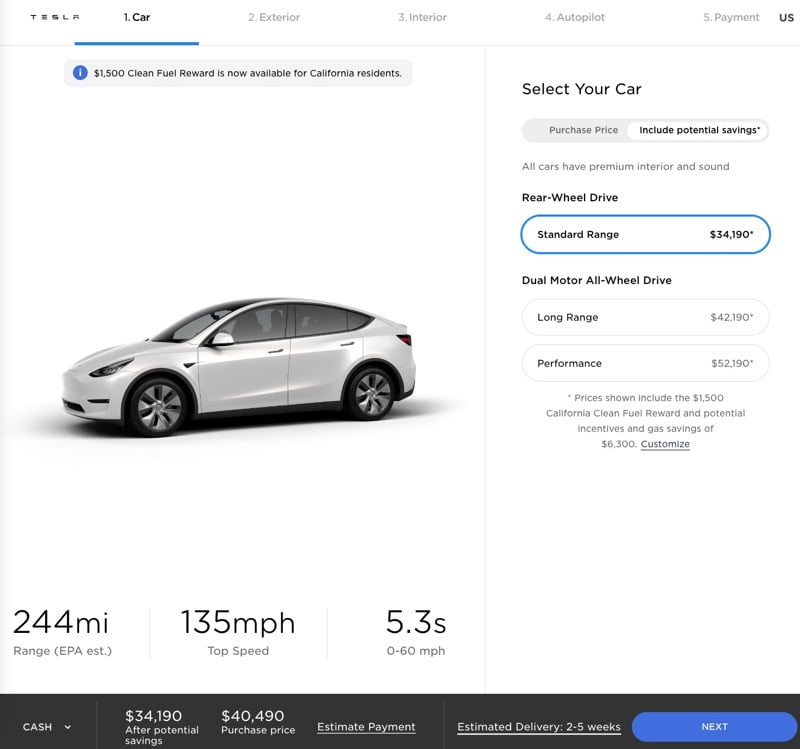 This RWD model has 244 miles (393 km) of range and has an estimated delivery date of 2-5 weeks as of writing, for the United States.

Also available now is the 7-seat interior option, available for $3,000 USD ($4,000 CAD) extra. This add-on introduces a third row for two passengers (most likely kids!) and is described as “easy entry into third row”, which also has USB-C charging. This option is not available with Performance configurations.

It’s also worth noting the Model Y RWD Standard Range still gets the full premium interior and audio, the same as one would receive with the Black and White upgrade for $1,000 USD.

Since the Model Y RWD is priced above $55,000, it does not qualify for the $5,000 federal EV rebate. It’s unclear if Tesla will debut a software-locked dumbed down version to get into federal rebate territory, like it did for the Model 3.

The federal government’s program explains, “higher priced versions (trims) of these vehicles, up to a maximum Manufacturer’s Suggested Retail Price (MSRP) of $55,000, will also be eligible for purchase incentives.”