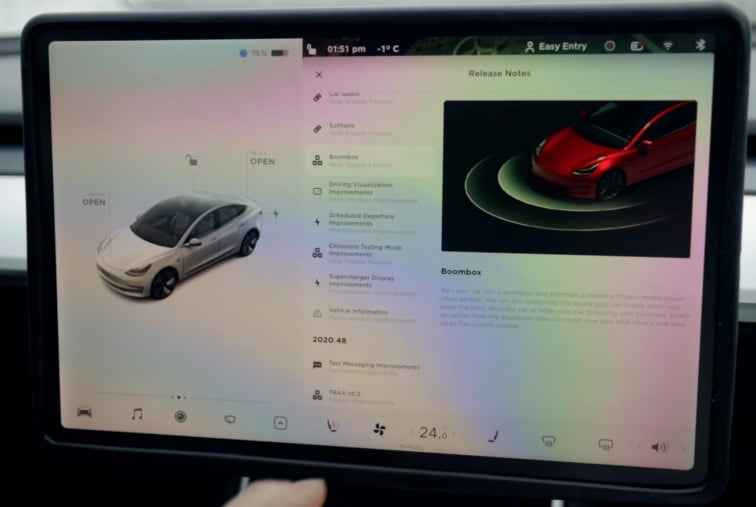 CEO Elon Musk later clarified Tesla did not have enough time to release all the new features, and said more are coming soon.

One of the coolest features is the Boombox feature, which lets Tesla owners play sounds and music outside their vehicle. I mean come on, who doesn’t want their Tesla to sound like an ice cream truck?

To see a hands-on with the 2020.48.26 holiday update, you can check out some of the first impressions videos below from YouTube:

Long-term vehicle subscription service Autonomy has launched an end-of-year sale that lets users subscribe to a Tesla Model 3 for what it is calling the “lowest price anywhere” for the electric sedan. Customers need to put down a $3,000 deposit and then pay $450 per month for the first 12 months, said Autonomy earlier this […]
Peter McGuthrie
7 hours ago