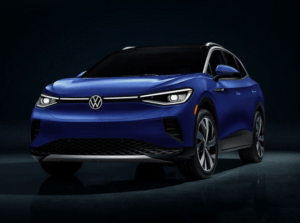 Tesla’s positioning in the auto industry has come a long way. And with subscription services, over-the-air updates, and a huge flock of investors over the past several months, the tech-auto company is, in fact, showing some major advantages over traditional automakers going into 2021.

Volkswagen AG CEO Herbert Diess says he isn’t worried about competition from legacy automakers, like Toyota, right now, as reported by Bloomberg. Rather, Diess thinks that cash-rich technology giants like Tesla pose a much bigger threat to Volkswagen and the auto industry as a whole – and if Tesla’s numbers continue skyrocketing in 2021 like they did this year, they’ll prove he’s not wrong.

In a LinkedIn post, Diess wrote, “We look forward to new competitors who will certainly accelerate the change in our industry and bring in new skills.” Diess continued, in response to being asked about the upcoming, rumored self-driving car from Apple, “The unbelievable valuation and the practically unlimited access to resources instill a lot of respect in us.” 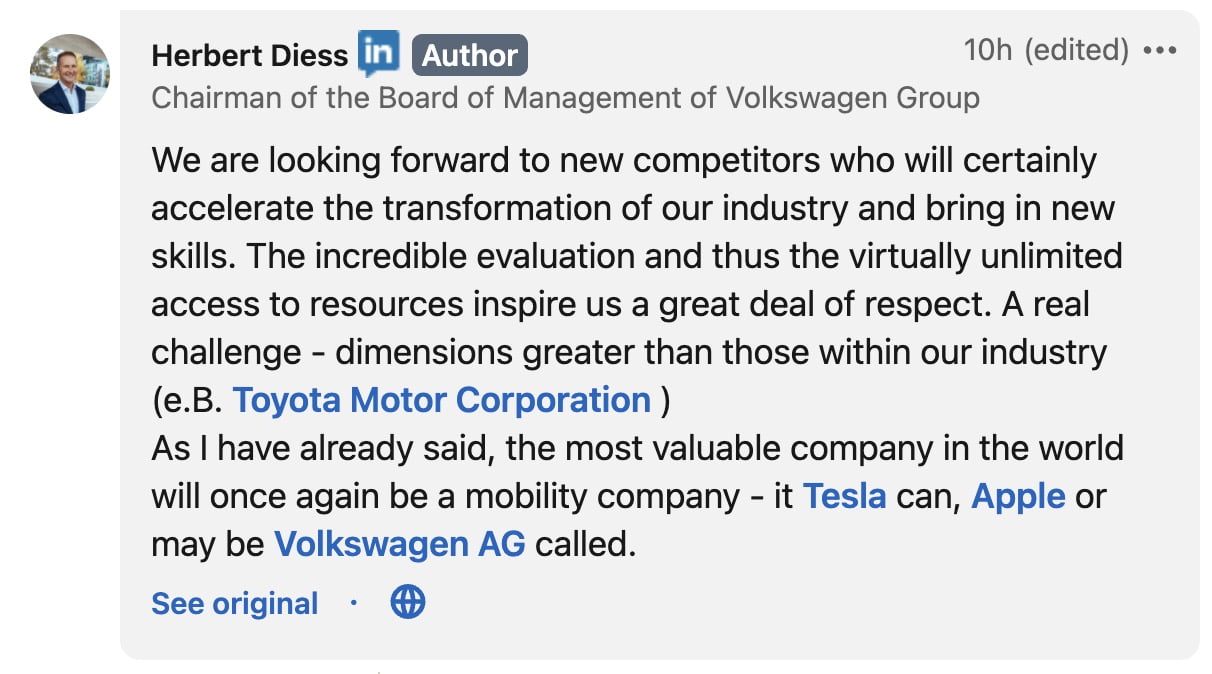 A recent Reuters report cited Apple’s autonomous car plans–which have been rumored since 2014–have picked up steam and could debut in 2024.

Tesla CEO Elon Musk responded to the report yesterday to say the rumor was “strange”, while also revealed Apple CEO Tim Cook snubbed him when asked to meet about a possible sale of Tesla to the iPhone maker, at $60 billion USD.

While the future is unclear for Volkswagen, and a number of other traditional gas-powered car companies, the German automaker is probably fairing best of all out of legacy automakers. VW’s ID.3 was the top-selling EV for a brief stint over the Tesla Model 3 in Norway, and its ID.4 is set for release in 2021 with some impressive numbers.

Whatever Tesla’s continued growth means for companies like Volkswagen, Toyota, Ford, and others, the next several years are sure to be interesting, with a number of new EV announcements from legacy car manufacturers. Whether it will be enough of a push for the brands to survive, only time will tell.

“I’ve said it before: the most valuable company in the world will again be a mobility company,” Diess said. “It could be Tesla, Apple or Volkswagen.”

It’s Been 1,000 Days Since Tesla’s Last Supercharger Installation in Ireland