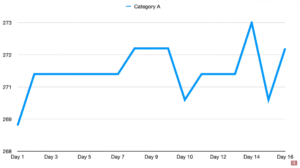 Tesla CEO Elon Musk says “it’s not a big deal” to charge your Tesla to 100% every night, but previously noted he recommends a charge to 90 to 95%. The reason? “At 100% state of charge, regen braking doesn’t work, because the battery is full, so car is less energy efficient,” added Musk.

In a new video uploaded Monday by i1Tesla on YouTube, the host, Brian, performs a test on his Tesla Model Y, where he charges it to 100% every day for 16 days. After the experiment, he talks about the results, noting that his battery performance did actually improve a bit during the testing.

Many have speculated as to whether fully charging the battery on back-to-back days would harm the battery. During the tests, Brian notes that the battery harm warning stops occurring at about day seven. Then, after a day fully charging at a Tesla Supercharger, Brian notices the first drop in range, even after charging up to 100% at home for at least seven days straight.

You can watch the full video analysis of Brian’s charging tests below:

At the end, Brian takes some time to talk about the results of the test. Ultimately, he doesn’t recommend charging to 100% every day, but he notes that fully charging it once a week and charging it to 90% every couple of days seems to be the most efficient course of action.

In any case, the video helps remind us that charging up is not quite as hard on the vehicle’s battery as many once thought. If Brian can charge to 100% every day for over two weeks without significant battery damage, it’s probably safe to charge up fully once a week.