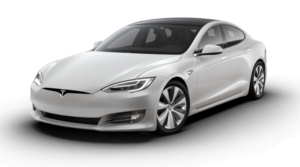 While Tesla is certainly known for its contributions to the future world of zero-emission vehicles, it’s also known for a few, slightly more infamous reasons – one of which is the company’s terrible track record with quality control.

A ruling made by a Beijing court mandates that Tesla must pay a Model S owner, after discovering that the electric vehicle (EV) maker attempted hiding structural damage on the vehicle, as reported by Bloomberg. The vehicle was sold through the company’s official website, which told the buyer there would be no significant damage to the car.

Wired that no one on twitter or English media talking about Tesla China is ordered on Dec 4 by a Beijing district court to refund and pay a fine for NOT telling the customer it was a Model S had been in a accident and repaired. Lot of Chinese articleshttps://t.co/Q3SJPDKO1w

After purchasing the Model S for 379,700 yuan ($58,179.42 USD), the owner discovered that pieces of the vehicle had been cut and welded back together. In addition, the owner experienced several breakdowns in the EV, further showing the vehicle’s issues, and alluding to a prior accident which had not been previously shared with the customer. The owner then sued the company, in which Tesla was found guilty and was ordered to pay compensation to the owner.

Tesla now plans to take the case to a higher court for appeal it told Bloomberg, though it’s unclear whether the company will still be asked to pay the owner for the car’s issues.

Quality control issues have been reported a few other times this year, with many critics sharing their experiences with Tesla’s deliveries throughout the year.