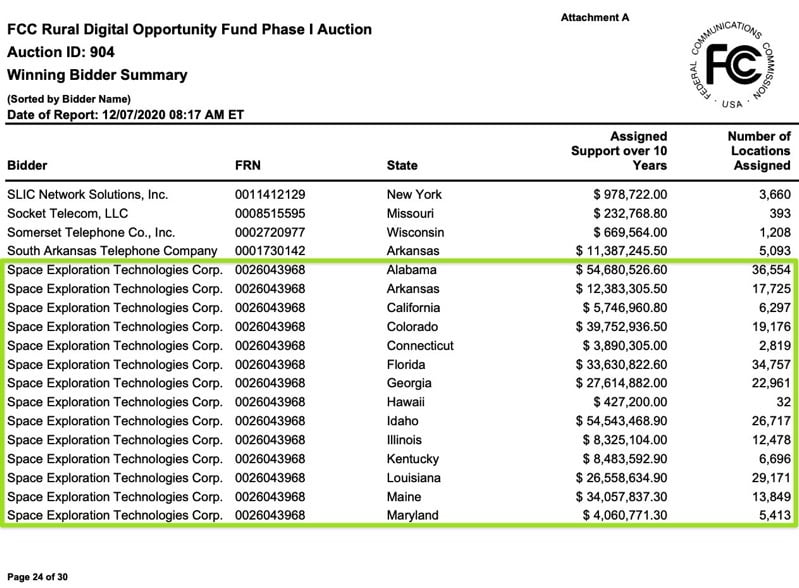 The U.S. FCC has just announced the results of its Rural Digital Opportunity Fund Phase, and Elon Musk’s SpaceX has nabbed $885 million worth of contracts to bring Starlink internet to various rural areas of the United States (via TechCrunch).

As you can see from the screenshots from the auction results, SpaceX will be able to bring its low-earth orbit satellite internet to areas of the U.S. where laying down fiber just is not possible.

The 10-year deal means SpaceX will bring Starlink internet to 35 states, garnering $885,509,638 of funds, or 9.6% of the total up for grabs. As for other satellite internet providers, HughesNet received only $1.3 million for Rhode Island, while Viasat did not get any funds. 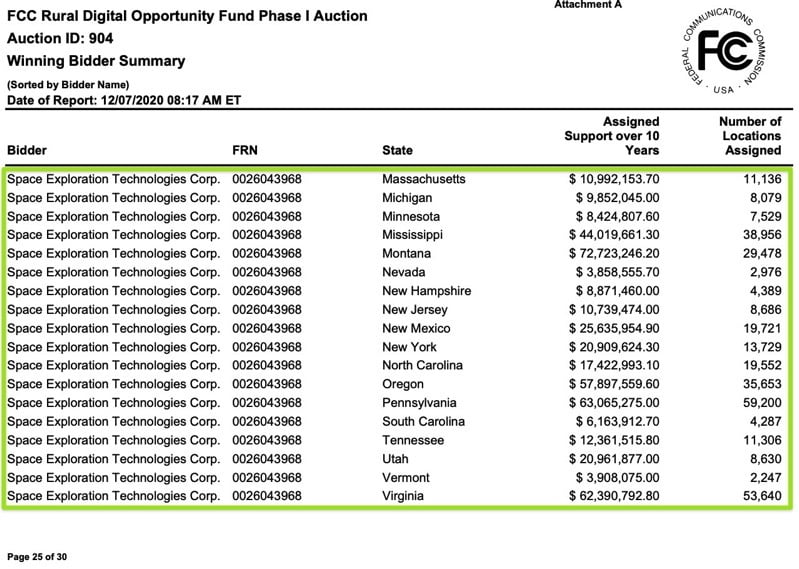 You can see a map of where SpaceX Starlink internet will serve in the red areas below (via @Megaconstellati): 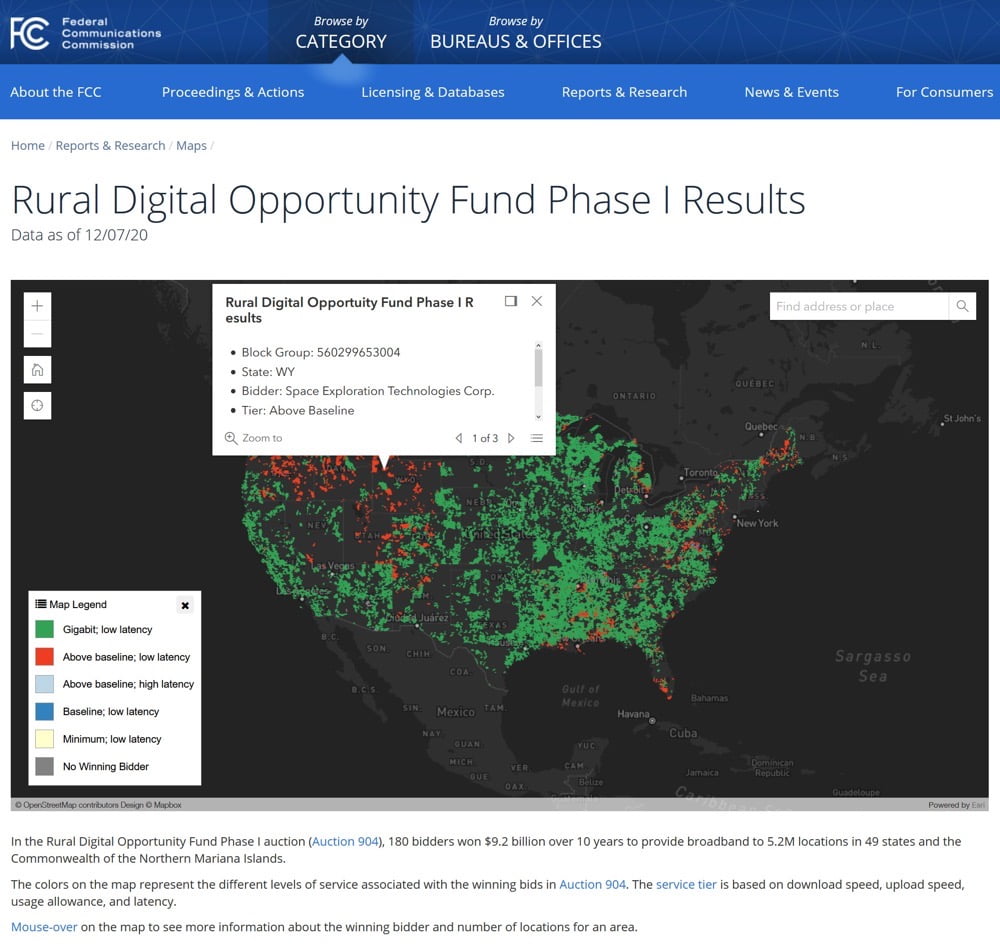 Currently, Starlink internet beta is only available in limited areas in the U.S. and Canada and will soon expand further, according to Elon Musk.

As for Canada, it recently granted $600 million to Telesat to expand rural broadband through the latter’s satellite internet, which still has yet to materialize whatsoever.