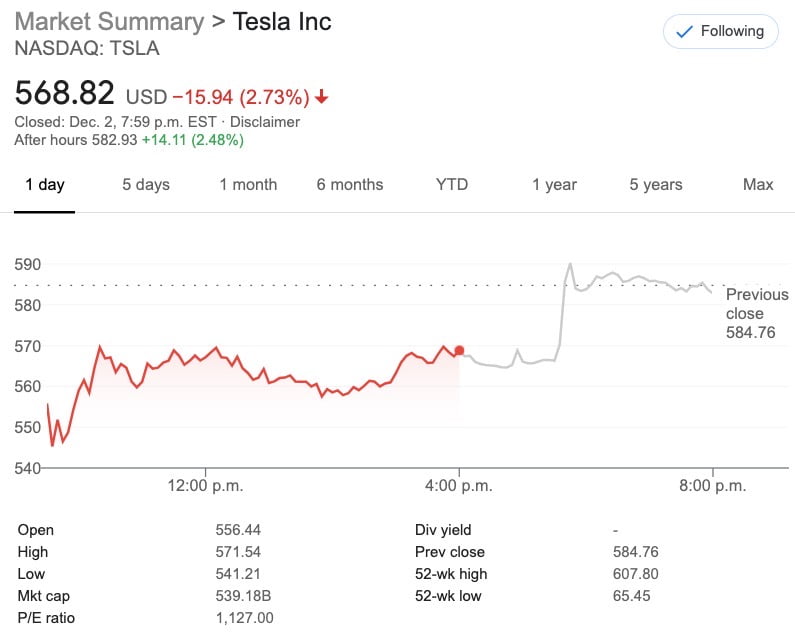 Tesla was upgraded to a ‘buy’ rating from neutral today by Goldman Sachs, setting the price target for Elon Musk’s company to $780, the highest on Wall Street, reports Bloomberg.

“The shift toward battery electric vehicle adoption is accelerating and will occur faster than our prior view,” said Mark Delaney, Goldman analyst, on Wednesday.

Goldman Sachs previously had Tesla’s price target at $455, but that has since been boosted by $325 to $780. According to Delaney, “Battery prices are falling faster than we previously expected, which improves the economics of EV ownership.”

The analyst also said Tesla’s energy business is undervalued. “The energy business should also benefit from the regulatory shift toward carbon reduction and clean energy, and solar market valuations have similarly accelerated,” he noted in his report shared on Wednesday.

In after hours trading, shares of Tesla are up 2.48% as of writing, increasing to $582 per share. Tesla is set to join the S&P 500 later this month, news that has fuelled the stock’s recent rally.

Elon Musk Named Fortune’s Businessperson of the Year for 2020