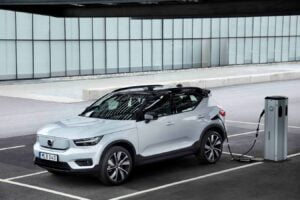 According to CBC News, the Legault administration is set up to present a ban on the sales of new Internal Combustion Engine (ICE) powered vehicles in 2035 as the spearhead of its green economy plan. The Quebec government will unveil its plans on Monday, November 16.

The Quebec government's green economy plan is expected to include a measure banning the sale of new gas-powered vehicles. https://t.co/WYUIwrtB2z

The current government is relying on its vehicle electrification project, which accounts for the bulk of Quebec’s $6.7 billion CAD investment in the fight against climate change over the next five years, to bring these plans to fruition. However, with less than 2% of all vehicles on Quebec’s roads being electricity-powered, that is a tall order.

The planned ban will be imposed on all types of new ICE-powered vehicles — including cars, SUVs, pickups, and even vans — sold for personal use. Vehicles for commercial or industrial use, as well as used ICE-powered vehicles, will remain unaffected.

The ban is intended to take effect in 2035. In the meantime, the government will maintain its Roulez Vert initiative, which offers $8,000 in tax rebates for every EV purchase, and expand Quebec’s EV charging network.

Quebec’s decision to ban the sales of ICE-powered vehicles comes after British Columbia passed a law last year intended to ban gas-powered vehicle sales by 2040. Both of these Canadian provinces look to echo similar initiatives in the United States.

California and New Jersey have also vowed to ban the sale of ICE-powered vehicles by 2035, and with President Joe Biden’s faith in EVs well-documented, things are looking up for the EV industry in the U.S.

A successful shift towards electric vehicles in Quebec will ultimately depend on automakers, most of whom are starting to dedicate the majority of their resources to producing EVs, and their ability to supply enough vehicles to the province.