SpaceX’s Starlink internet beta service is rolling out to lucky folks at the cost of $99 per month, not including the $499 fees for the satellite dish and WiFi router.

Now, we are starting to see the first Ookla Speedtest results for Starlink internet public beta according to PCMag and download speeds are showing as within the promised range, along with upload and impressive low latency.

Speedtest results are seeing average Starlink download speeds of 79.5 Mbps and upload of 13.8 Mbps since October. 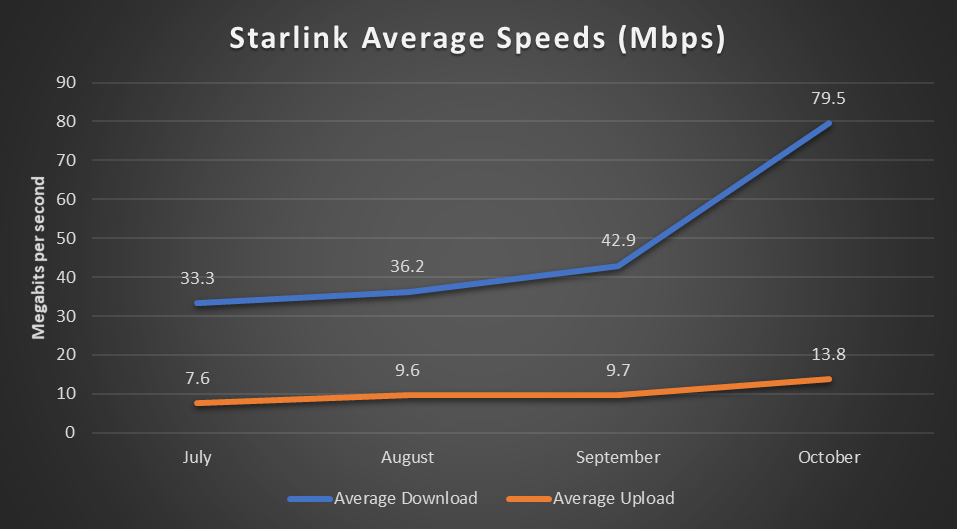 When compared to other satellite options such as HughesNet and Viasat, the chart below shows just how dominant Starlink is right now–and it’s not even fully launched yet: 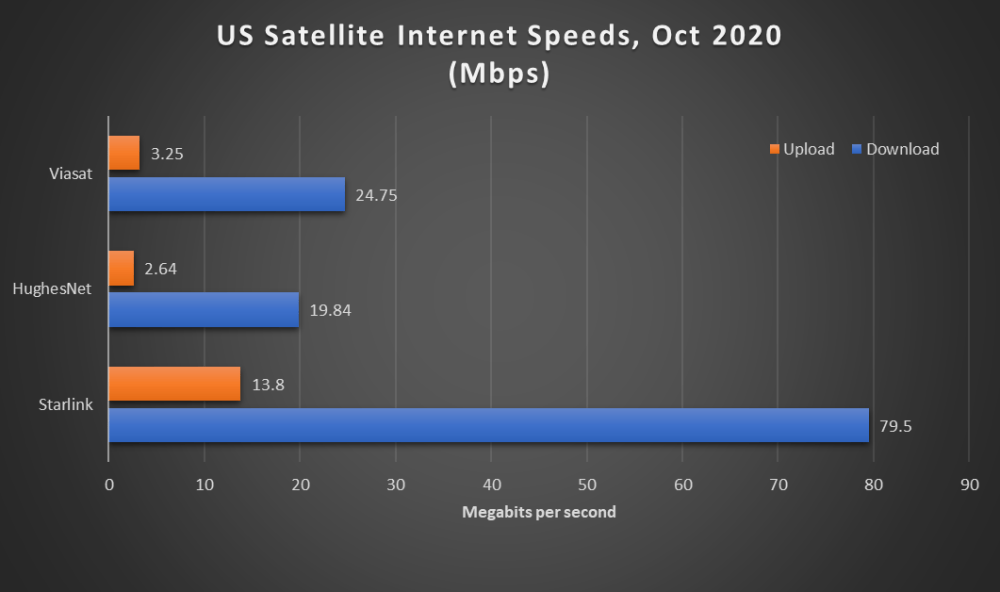 According to PCMag’s lead mobile analyst, Sascha Segan, he notes Starlink internet latency averaged 42ms. In comparison, Hughesnet and Excede averaged 728ms and 643ms respectively last month. Starlink says it’s not done with latency yet, as it hopes to achieve 16ms to 19ms by next summer.

SpaceX’s Starlink internet can achieve these impressive numbers because its satellites orbit lower at roughly 340 miles above Earth, compared to 22,000 miles for HughesNet and Exede, resulting in shorter distances for signals to travel.

Check out some prices from current satellite internet options:

Turns out Starlink is actually going to cost about twice as much as the generous estimates used here. So again, it's too expensive to be affordable in places that aren't already well-connected. Elon isn't bringing free internet to the masses, and he was never going to. https://t.co/uISE6FUG6i

SpaceX has yet to share if its plans will include a data cap of any sort, but at the current price, hopefully not. So far, there are 895 Starlink satellites in the sky with a final goal of 12,000.

So far, Starlink beta trials are only available in the United States. Nothing yet for Canada, as only a telecom license has been granted up north recently.