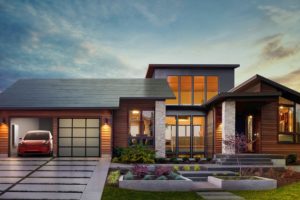 Plans are in motion throughout the world for electric vehicle (EV) company Tesla, and the newest story is bringing clean energy to millions outside of the country’s home in the United States (US).

Tesla has officially launched its energy plan for United Kingdom (UK) customers, having made the initial filing in May 2020, as reported by Teslarati. It’s the first of likely many moves to become a regular utility service option for residents.

The energy plan is a unifying system and works alongside the Tesla Powerwall, as well as solar roofing and panels. It also seeks to build a “virtual power plant,” through the network of Powerwalls installed throughout the UK.

History in the making https://t.co/fmtk2nUBil

While it is working with Octopus Energy, it is unclear whether Tesla’s new plan will work with non-Tesla products, though it is assumed to work with third-party solar panels, at the very least.

The EV company officially filed to become a utility provider in May 2020, signaling that it could begin providing energy to customers as soon as this year, through its Powerwall and energy plan systems.

As clean energy slowly shifts to become the norm, what will be left of conventional utility companies? While it’s tough to say, it’s exciting to see the shift to a more sustainable world happen on a mass level.

Tesla’s Model 3, Y and S units make up a market share of 26.33 percent of the electric vehicles (EVs) in Denmark, according to data shared by the Danish car imports trade association De Danske Bilimportører (via @Tesla Club Danmark). Out of a total of 105,379 EVs on Denmark’s roads, the data shows that Tesla’s […]
Peter McGuthrie
9 hours ago

As electric vehicles (EVs) continue to gain steam across worldwide markets, one European country known for early adoption of zero-tailpipe-emission vehicles has just reached a new record for single-day deliveries from Tesla. Tesla set a new daily record with 297 vehicles delivered to Norway in one day with Model Y cars from Giga Berlin, as […]
Peter McGuthrie
9 hours ago

Tesla adjusted its Supercharger pricing in Germany and some other European countries again, this time raising prices by six to nine cents per kilowatt-hour at each station, reports @Tesla_Adri, sharing screenshots from @ModelXOlli. Along with the news, Tesla Adri also shared screenshots of the Hilden Supercharger preview on the Tesla mobile app before and after […]
Peter McGuthrie
10 hours ago