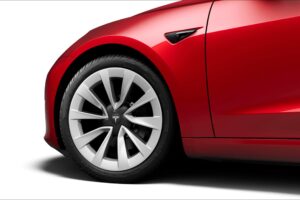 The Tesla Model 3 is selling at alarming rates around the world. With electric vehicle (EV) demand higher than ever and consistent price drops to the whole lineup, it’s becoming more globally possible to purchase and own a Tesla.

On Monday, Tesla stated that it would begin exporting its Model 3s made in China to over 10 European countries, as reported by Reuters. The fortunate countries include France, Germany, Italy, and Switzerland, among others.

The Shanghai plant was Tesla’s first factory outside of the US, though it certainly won’t be the last. Gigafactory Berlin is well on its way and is expected to be delivering vehicles across Europe by summer 2021. This likely means that the Shanghai factory will be able to slow down European exports, in order to speed up production for its own market.

Tesla mentioned earlier in the year that it was looking to export Model 3s to other parts of Asia, as well as Europe and Australia, though it was unclear at the time when the company planned to start the exporting process.

Many people are puzzled w/ Tesla's decision to export MIC M3 SR+ to Europe. It makes total sense to me

Tesla wants to minimize the production of Fremont M3 SR+ and divert the nickel cells to other models, such as semi and LR models

China is now officially the hub of LFP Teslas

In a statement, Tesla said, “Support from the Chinese government towards the industry, innovative local companies and customers embracing new technologies make China the best market for smart electric vehicles.”

It’s no surprise that China is considered the best market for EVs, even considering population alone. As Tesla begins exporting Model 3s across Asia and Europe, we’re likely to see a major increase in production.