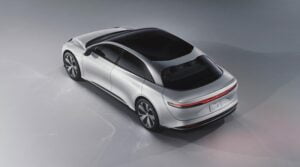 Now, according to an email sent to fans by the company on Wednesday, the Lucid Air is available for reservation on Lucid’s website, with a starting price of $69,900 (USD) after the federal tax credit ($77,400 before the tax credit).

Introducing the new elemental version of the high-performance, ultra-efficient #LucidAir – post-luxury electric attainable from $69,900* (after US tax credit).

Those who purchase now are also eligible for three years of complimentary charging at Electrify America stations across the US.

All it takes is $300 (USD) to make the initial reservation of the Lucid Air. It’s unclear when deliveries are expected to begin, but the company also recently opened a Beverly Hills Studio and service center, more of which are likely to come in the next few years.

As electric vehicles (EVs) begin to overtake conventional gas vehicles in the decades to come, new lines of EVs are likely to begin popping up already. As far as the luxury EV goes, Lucid has a nice head start, alongside just the Tesla Model S for now.

Tesla Autopilot Can Be ‘Tricked’ by Phantom Images: Researcher