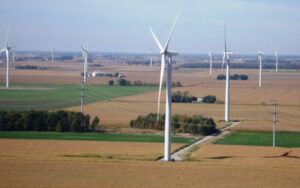 According to The Financial Times, clean energy-focused NextEra Energy Inc. took over the oil and gas giant ExxonMobil as the largest energy company in the US in terms of market capitalization this week.

During intraday trading on Friday, October 2, NextEra Energy Inc. held a market cap of $138.6 billion, some $0.7 billion more than ExxonMobil’s market cap of $137.9 billion. ExxonMobil would recover its top spot by the end of the trading week, but the damage has already been done and if this is a sign of things to come, it will not be long before NextEra dethrones ExxonMobil permanently.

At one point in 2007, ExxonMobil held a market cap of over $500 billion. As the world started transitioning away from oil and gas, the energy giant’s market cap shrunk, having dropped to $300 billion by the start of 2020.

The clobbering ExxonMobil is taking due to the decreased demand for oil and gas stemming from the ongoing pandemic has hit the energy giant hard. The company has lost more than 50% of its market cap in 9 months.

NextEra Energy Inc., the biggest electric utility company in the US and Canada, made an elegant and well-timed move to the renewable energy sector, developing a strong foothold in the industry. Thirty per cent of NextEra’s total revenue comes from its renewable energy division, NextEra Energy Resources — and this share is only growing.

NextEra Energy Resources generates 58% of its total energy generation from wind power, making it the largest wind power generator in North America. 20% of its generation comes from gas-fueled plants, 14% from nuclear power, and 4% from solar power.

“We’re seeing just enormous demand for renewables right now,” said Jim Robo, President of NextEra Energy Inc., in an interview with Wolfe Research. NextEra is continuously ramping up its efforts in producing and distributing clean energy, earning it massive growths in market cap and the throne previously occupied by ExxonMobil.