There’s no denying that the Mustang is a classic car, and with Ford’s release of the Mustang Mach-E series, consumers now have an electric version of the fan favorite. And now, the price is coming down.

As of Tuesday, the base price of the 2021 Mach-E Mustang has been reduced, according to Mach-E Forum. The discounted price applies to all Mach-E models except the GT. Still, with new base prices starting at $42,895 USD, the move is an exciting one for any Mustang fans looking to go green.

The announcement comes from a notice Ford sent to its electric vehicle (EV) dealers around the country, stating that the price reductions for six variants of the Mustang Mach-E, ranging in base price from $42,895 for the Select Rear-Wheel-Drive option, to $58,300 for the First Edition PL120. 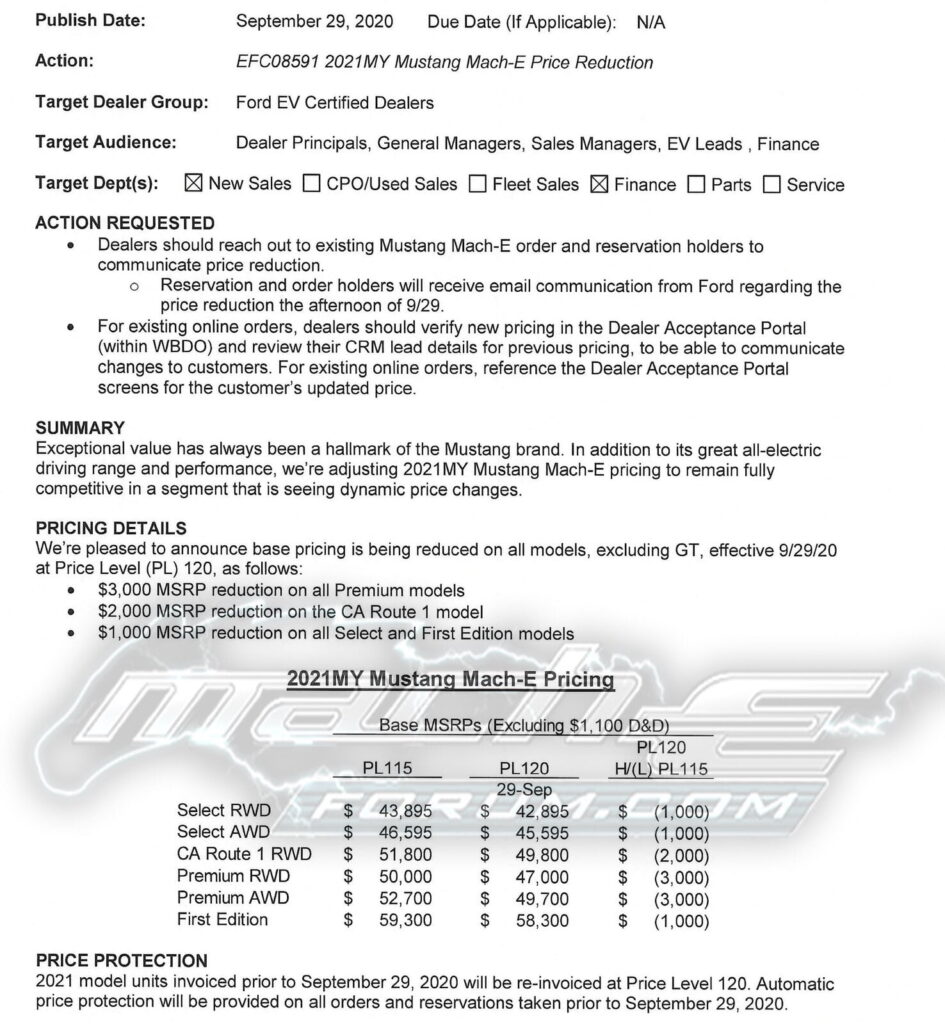 Also included in the document are specific reductions of $3,000 USD MSRP on all Premium Models, $2,000 MSRP on the CA Route 1 model, and a $1,000 MSRP reduction on all Select and First Edition models of the car.

The new prices should be listed on Ford’s website, though some users on the forum were expressing difficulty finding the right options to apply the discounted base price.

Regardless, it’s relieving to see Ford making some attempts at helping its fans transition to EVs. Still, it’s tough to say if it will be enough to sustain major automobile makers into the transition to sustainable transportation.

Another police department in Connecticut is set to start testing electric vehicles (EVs), in hopes that they could work as patrol cars. Wethersfield Police Chief Rafael Medina plans to begin testing EVs to see if they’re suitable for police use, as CT Insider reported on Tuesday. “We still have to figure out if are they […]
Peter McGuthrie
5 days ago

Ford is looking to persuade its dealers to cut as much as $2,000 USD from the cost of delivering an electric vehicle (EVs) to better compete with Tesla, which has lower selling costs thanks to its direct-to-consumer model — reports Reuters. Company CEO Jim Farley is headed to Las Vegas next week, where he will […]
Nehal Malik
2 weeks ago