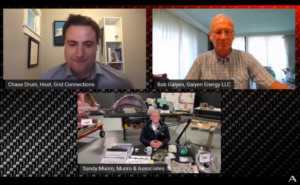 Electric vehicles (EVs) are finally starting to hit the mainstream, and while they’ve a long way to go before they’re the industry standard, they’re getting some well-deserved attention from experts.

In the video, the four break down some of the different information shared on Battery Day, including Tesla’s new tab-less cell batteries, lithium mining, cell manufacturing speed, cooling systems, the Model S Plaid, and the automotive market for EVs in general.

On Tesla’s decision to pursue lithium more intentionally, Galyen said, “As I’ve seen in the past, I think the next generation of battery will be advanced lithium.” He continued, “I think it’s interesting that Elon and his team did not mention solid state batteries, because I think he agrees with some of my buddies at our national laboratories that we will continue to see lithium-ion batteries as the mainstay in the industry for at least a couple more decades.”

As EVs grow into the automotive industry standard, they’ll surely evolve quite a bit. In the meantime, it will be fascinating to watch the next few decades of EV adaptation, as new technology continually arrives on the scene.

Tesla continues to leverage its in-car notification system to alert owners to charge their vehicles, when there’s a chance electrical grids may be impacted by weather conditions. Full Self-Driving (FDS) beta tester, Chuck Cook, shared a message he received in his Tesla on Tuesday. “In the next 48 hours, a storm is forecast to make […]
Sarah Lee-Jones
22 seconds ago