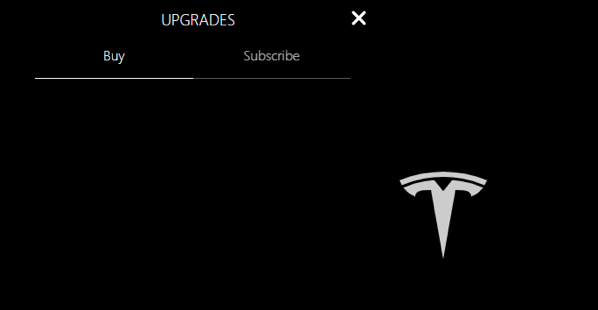 It’s public knowledge Tesla plans to launch a subscription for its Full Self-Driving Autopilot add-on, but could it coming sooner rather than later?

According to Reddit user Callump01 on Saturday, the latter stated, “Did some reverse engineering on the app and Tesla looks to be preparing for subscriptions?”, then shared a screenshot of what appears to be the Tesla Android app showing a ‘Subscribe’ tab.

“Further evidence submitted to the mods, since this does look like a random screenshot anyone can throw together,” added Callump01.

When questioned by a user, “Isn’t this just placeholder text? The upgrades screen is already 2 tabs, Eligible and Purchased. That will be localised and come either from the mothership or the translations.. the text that’s in the resource isn’t normally used.”

Callump01 replied, “Definitely not. This was separate to the upgrades page itself.”

During Tesla’s Q1 earnings call in late April, CEO Elon Musk confirmed FSD monthly subscriptions would be coming, but did not state a price.

“I think we will also be having [FSD] as a subscription service, but it will be towards the end of this year,” said Musk. It’s unknown how much a FSD subscription would cost, but many are guessing it would be in the range of $100-200 per month, offering a cheaper short-term alternative, to paying $8,000 USD up front.

In a recently published YouTube video, Brad Sloan gives us a high-fidelity aerial tour of Tesla’s Gigafactory in Austin, Texas, on the morning of Friday, November 25. While most of the workers had the day off for Thanksgiving, some contractors can still be spotted on the site. A fair amount of ready-to-deliver Model Y units […]
Nehal Malik
17 hours ago