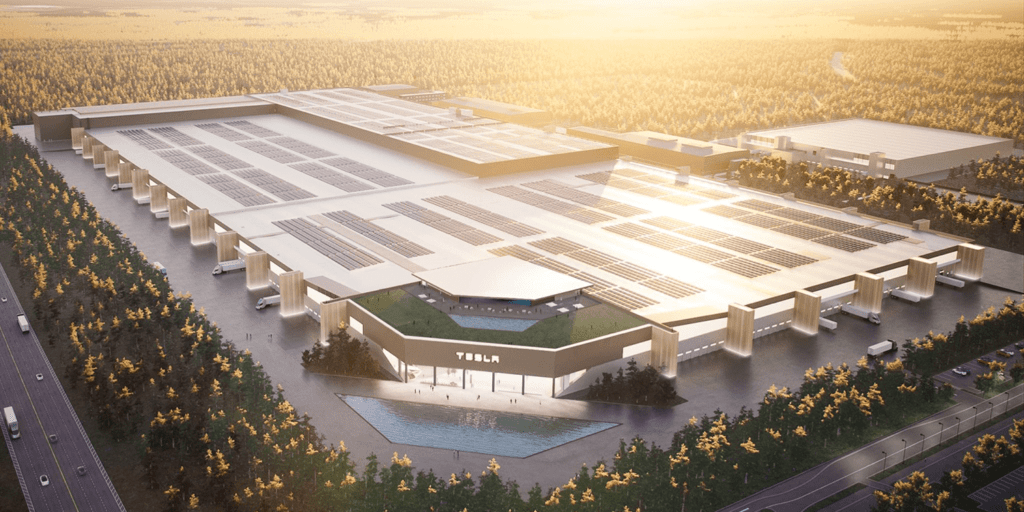 Tesla will have “every assistance” from the German government, according to a comment from the economy minister in a meeting with CEO Elon Musk.

Musk met with three German ministers and other senior politicians on Wednesday to discuss the progress of a collaboration between the car maker and a German biotech company and a planned electric vehicle factory, reads a new Bloomberg report.

#ElonMusk arrives at #cducsu event in Berlin. Asked if the cameras in his car livestream to the U.S., Musk laughs and says: “it’s not true” #tesla pic.twitter.com/jtZQZ0b99V

One of the officials Musk met with is Peter Altmaier, the German Federal Minister for Economic Affairs and Energy. Altmaier told Musk that Tesla is going to have “every assistance” it needs for Gigafactory Berlin.

“We are very proud of your car plant in Brandenburg and we wish you good luck with that. You’ll have every assistance you need.”

You can check out the recent construction updates of Gigafactory Berlin below:

The EV giant has previously run into some issues with building Gigafactory Berlin, as some locals had concerns about Tesla deforesting thousands of trees to build the factory and the impact on the local wildlife. There were also some concerns about water usage, and Tesla has run into issues getting its plans approved, which is where government support would come in.

The Gigafactory, currently under construction, will be Tesla’s first European car plant and could employ up to 12,000 people and make up to 500,000 vehicles per year. Production is set to begin next summer, which Bloomberg notes is an aggressive timetable for a car plant.

Tesla’s first software update of this year, 2023.2.0.5, recently started rolling out, bringing new features to the heated steering wheel and Sentry Mode, plus more But there are also some undocumented changes as with most software updates, according to tips sent to Not A Tesla App. One of them was the new ability to view […]
Peter McGuthrie
21 hours ago

Tesla has added a “camera preview” feature to the vehicle’s service menu, as spotted this week by @Stian Walgermo. The feature came as an update to Tesla’s software in version 2023.2.0.5, most of the new features of which were simply minor fixes. The feature shows a simple view from the camera, without having to use […]
Peter McGuthrie
1 day ago

Recent weeks have brought on conversations about Tesla’s price cuts in markets around the world, and now the automaker is pushing a new message on its website for Model 3 leasing. Tesla’s Model 3 is now leasing at prices as low as $399 per month, according to a change on the automaker’s website yesterday, notes […]
Peter McGuthrie
1 day ago