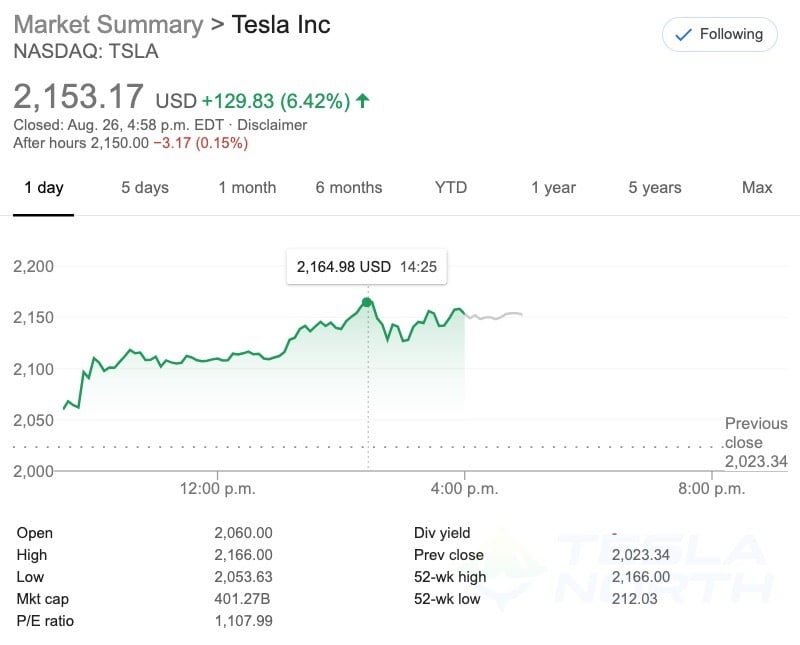 The stock gains were fuelled by an earlier report noting Jeffries had raised the price target for Tesla to $2,500 per share, up from $1,200.

Tesla’s market cap is now above $400 billion. It has more than doubled in less than two months $TSLA

Jeffries analyst Philippe said Tesla was “still early in the transformation of the auto industry,” emphasizing the electric vehicle maker still has an advantage over other companies when it comes to software and battery capacity.

The market cap of Tesla also hit another milestone, surging above $400 billion, which has more than doubled in less than two months.

Tesla is set to implement a 5-for-1 stock split starting on August 28, 2020 and start trading on a split-adjusted basis on August 31, 2020. The deadline for shareholders to be eligible for the stock split was August 21, 2020.