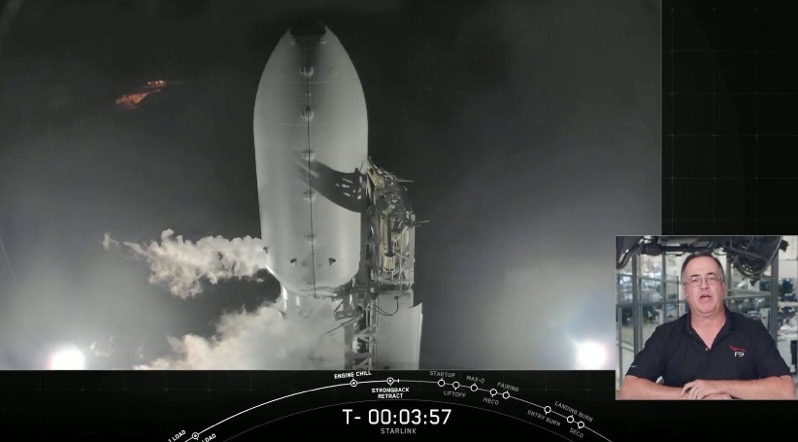 SpaceX is launching Falcon 9 tonight, delivering yet another satellite payload into space, which includes 57 Starlink satellites.

SpaceX is targeting Friday, August 7 at 1:12 a.m. EDT, 5:12 UTC, for launch of its tenth Starlink mission, which will include 57 Starlink satellites and 2 satellites from BlackSky, a Spaceflight customer. Falcon 9 will lift off from Launch Complex 39A (LC-39A) at Kennedy Space Center in Florida. A backup opportunity is available on Saturday, August 8 at 12:50 a.m. EDT, 4:50 UTC.

Falcon 9’s first stage previously supported Crew Dragon’s first demonstration mission to the International Space Station, launch of the RADARSAT Constellation Mission, and the fourth and seventh Starlink missions. Following stage separation, SpaceX will land Falcon 9’s first stage on the “Of Course I Still Love You” droneship, which will be stationed in the Atlantic Ocean.

Check out the live video above as the launch is happening any minute now!