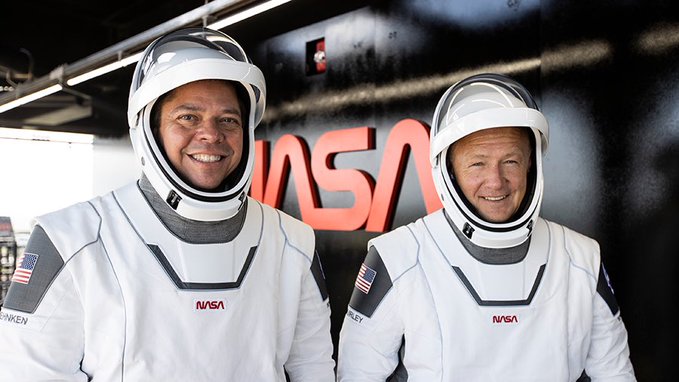 NASA astronauts Doug Hurley and Bob Behnken have safely returned to Earth, with Crew Dragon splashing down in the Gulf of Mexico south of Pensacola, Florida.

“On behalf of the SpaceX and Nasa teams, welcome back to Planet Earth. Thanks for flying SpaceX,” said SpaceX mission control right after splashdown.

.@AstroBehnken and @Astro_Doug have been lifted out of the water and are aboard the Go Navigator. Welcome home. #LaunchAmerica pic.twitter.com/gjqUcLMy8X

When Crew Dragon hit reentry into the Earth’s atmosphere, the exterior surface of the capsule hit over 3,000 F (1,648 C), but the spacecraft’s heat shield protected the NASA astronauts, maintaining temperatures of 85F or lower.

“Today a new era in human spaceflight begins as we once again launched American astronauts on American rockets from American soil on their way to the International Space Station, our national lab orbiting Earth,” said NASA Administrator Jim Bridenstine, back on May 30, when Crew Dragon made its way into space.