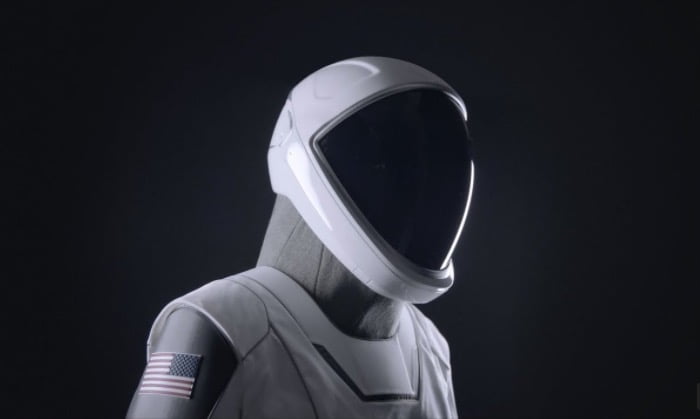 SpaceX shared a new video tonight called “Inside the Space Suit Lab”, which provides an inside look at the sleek and fashionable spacesuits worn by U.S. NASA astronauts aboard Crew Dragon.

The video spans just over two minutes long and has the designers behind the SpaceX suit discuss the making of the latter, which is not just a suit itself but is part of the Crew Dragon spacecraft, where the suit and the system work together.

The suits were completely designed in-house in California, custom made for each crew member for the perfect fit. Aside from looking “inspiring”, the suit also needs to be safe and reliable. It is able to protect crew if the cabin depressurizes, it serves cooling and communication, hearing protection and is also flame resistant.

When a Crew Dragon astronaut sits down and plugs the suit into its umbilical, the latter allows for electronics for communications, along with gas to pressurize the suit.

Designers of the suit added the suit is “not just a suit”, but rather a “personal thing” for the team to work on.

NASA astronauts Bob Behnken and Doug Hurley are currently onboard the International Space Station, the first crew to fly aboard SpaceX Crew Dragon that left Earth on May 30. NASA said last week it will bring both men back to Earth on August 1, 2020, a mission dependent on optimal weather conditions.