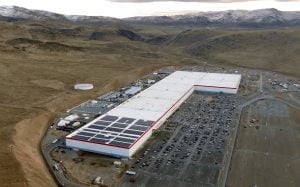 With an investment of over $2 billion, Giga Shanghai was a huge step towards conquering the electric vehicle (EV) market in China for Tesla.

Tesla has recently begun hiring designers and over 1,000 workers for Giga Shanghai as reported by Reuters. No specific number was given for how many designers the company wanted to hire. Since the Gigafactory is still under construction and expanding, we can assume that there will be many more job postings to come.

Back in January, Tesla had already wanted to hire more designers to create vehicle models better suited for their Chinese audience. This was revealed on the official WeChat account of the Tesla Human Resources Department.

According to the Lingang local government, Tesla had also planned to hire 600 workers for manual work in Shanghai. Reuters further clarified that these positions would involve “stamping, bodywork, painting and assembly workshops”.

Two unnamed sources suggest that the ‘hiring spree’ was done to prepare for the development of Tesla Model Y sport-utility cars in Giga Shanghai. Tesla had been involved with Chinese energy and solar storage in March. It seems like Tesla is becoming a leading competitor against other energy businesses in the country.

Tesla CEO Elon Musk has spoken out in regards to his agreement to buy Twitter on the original terms, after news broke on Tuesday morning. Musk said just now, “Buying Twitter is an accelerant to creating X, the everything app.” When asked if it would be easier to build X from scratch, Musk replied, “Twitter […]
Sarah Lee-Jones
39 mins ago