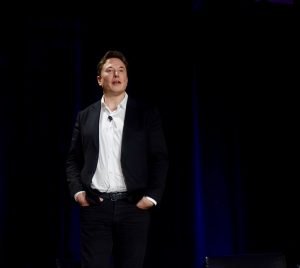 Several celebrity Twitter accounts were hacked last week. This attack included Barack Obama, Bill Gates and Elon Musk himself. Before the recent second-quarter (Q2) earnings call, Musk talked for an hour with the New York Times. He made a statement about the Twitter takeover:

“Within a few minutes of the post coming up, I immediately got texts from a bunch of people I know, then I immediately called Jack so probably within less than five minutes my account was locked.”

With over 37 million Twitter followers, Musk didn’t actually seem that worried about the issue. He went on to say that Twitter could be like a “negative rabbit hole”.

It is apparent that Musk isn’t one to back down either. When critics bashed him for re-opening the Tesla factory in Alameda County, he dared them to arrest him and “threatened to move the factory to Texas or Nevada”.

Musk also mentioned that he had a secret Instagram account. This was used “only to see links of things” that people sent him. When asked whether Mark Zuckerberg was a sociopath or not, Musk was critical about Zuckerberg having “absolute control over Facebook” and taking control of how voting shares work.

Let’s look on the bright side! If Tesla somehow doesn’t pan out, Elon Musk can always rely on his backup plan of becoming a “meme lord”.