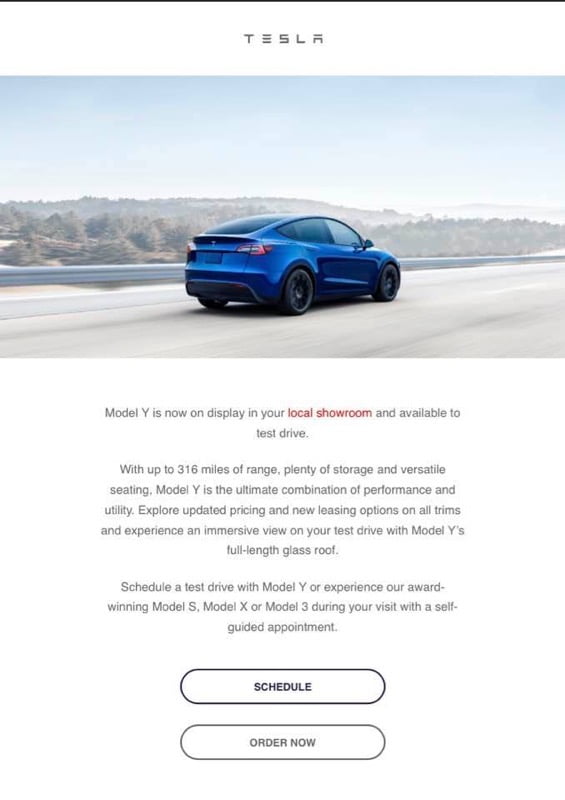 Tesla has been emailing its mailing list to let potential customers its Model Y “is now on display in your local showroom and available to test drive.”

According to a screenshot of the email sent out today, shared to the Tesla Model Y Canadian Group on Facebook by Ryan W. (located in Ontario, Canada), booking an online test drive is being pushed by Tesla. 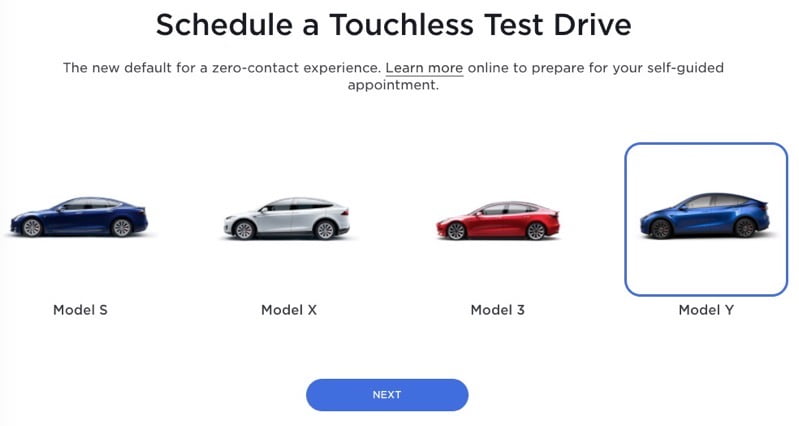 While the email appears to be targeting an American audience (as per the mention of miles and Model Y leasing which is U.S. only), scheduling a Model Y test drive is also possible for those in Canada at Tesla showrooms, as confirmed by other users in the Facebook group.

Model Y deliveries started back in March in the United States and soon trickled to Canada in June. During Tesla’s Q2, the first full quarter of Model Y sales, the company produced 82,272 Model 3/Y combined units and delivered 90,891 of the latter respectively.

EV Charging Sessions Back to Pre-Coronavirus Levels Says BC Hydro