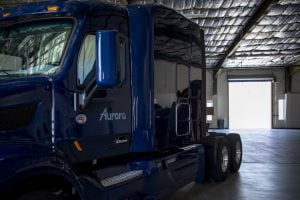 Aurora has worked towards developing self-driving technology for passenger vehicles. The Palo Alto-based company recently made an announcement that they would begin tests of trucks in Texas, starting in the Dallas-Fort Worth region as reported by Forbes. Texas plays a huge role in the transportation of goods, while keeping a close eye on the safety of autonomous vehicles. Aurora recently released a video of their new truck:

The trucks will be equipped with Aurora’s very own Light Detection and Ranging (LIDAR) laser system. After being backed by $600 million Series B round from 2019 by Amazon, Aurora has been making good progress with hardware and their Aurora Driver software. The company made a statement about their goals:

“While the driver will ultimately move both people and goods, our first commercial product will be in trucking – where the market is largest today.”

These trucks could prove to be competition for Tesla’s upcoming Semi slated for 2021. Highways seem to be a good starting point for Aurora, since self-driving vehicles can navigate around easier as opposed to busy roads. Aurora hopes to eventually be a leading brand for self-driving delivery trucks.