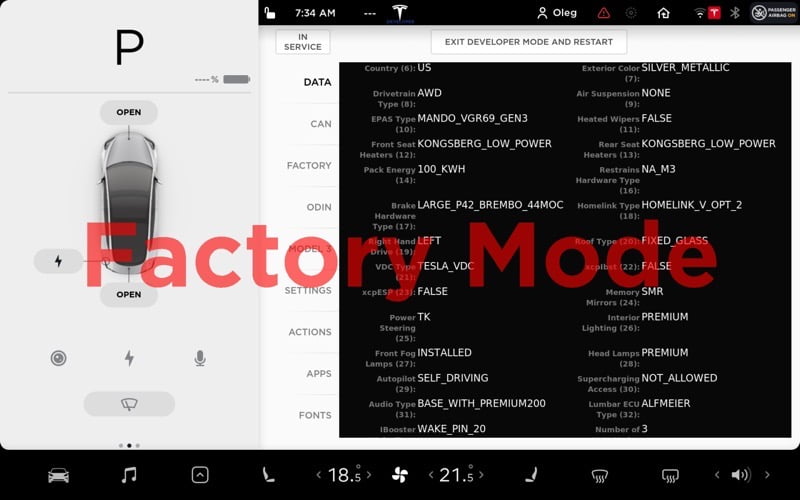 Tesla’s Model 3 in Long Range and Performance versions currently include a 75 kWh battery, but a new leak claims the company is testing a version with a 100 kWh battery, showing a quarter jump in size.

Shared earlier this morning by “Zeus M3” (@zeus7f1), the alleged Factory Mode image was directed on reliable Tesla leaker “green” @greentheonly, with the note “look what we found here :-)”.

“Green” replied, “I know they exist. Was hoping to get direct access to one soon, but it looks like you beat me to it ;)”. The user says this screenshot “is likely a test car like all the other ones I know of.”

I know they exist. Was hoping to get direct access to one soon, but it looks like you beat me to it 😉

The screenshot details a Tesla Model 3 in silver metallic, which currently is not available for the vehicle.

With existing Model 3 range set at 322 miles (518 km), a 25% increase could result in range of roughly 430 miles or 692 kilometres, if it’s the same battery pack size but with higher density batteries.

Tesla is set to announce its Tesla Battery Day, where the company will debut its new battery technologies, with rumours of a battery pack capable of operating for a “million miles”.