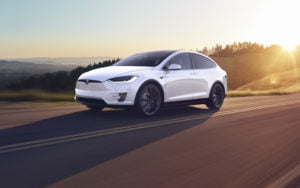 Upon receiving delivery of the Tesla Model Y, most drivers reported positive feedback. However, there are always possibilities for errors in production, especially with a new vehicle hitting the market. In one such case, some Model Y buyers shared an annoying design error in the rear seat alignment of the Model Y. However, Tesla has made a point to implement a new fix for the error in its Model Y production going forward.

Model Y Owners – Tesla now has an official fix for the rear seat alignment. Model Y is being produced with the fix, and service centers now know how to fix it, and can order the parts. 🙌🏻🙌🏻

As @ryanshawtech states on Twitter, “Tesla now has an official fix for the rear seat alignment. Model Y is being produced with the fix, and service centers now know how to fix it, and can order the parts.” The alignment problem received some attention earlier in April. Some drivers on Tesla Motors Club Forums and elsewhere reported the issue.

While the issue varied across vehicles, there were some common problems. Some drivers said the right rear seat was aligned higher than the rest of the seats. As you can imagine, this kind of error detracts from the Model Y’s otherwise spacious and comfortable passenger areas.

In fact, Sandy Munro from Munro Live even addressed the issue. However, he took a bit of a different stance on the subject, as Electrek reported in April. Munro suggested a rear-facing third row. With Tesla’s new design fix, drivers can expect to receive their vehicle with seats properly aligned.

Tesla Model Y units in the company’s new “Quicksilver” color have started making their way to showrooms across Europe, just a few weeks after the first units with the new paint option were spotted outside Gigafactory Berlin-Brandenburg. Electric vehicle (EV) enthusiast Lasse Edvardsen (@nasalahe) on Saturday shared images of a Quicksilver Model Y Performance on […]
Nehal Malik
10 hours ago

Tesla has debuted a 2023 Model Y All-Wheel Drive, in existing inventory for immediate purchase in select states. Currently, Tesla’s website no longer offers the Standard Range for purchase, as only Long Range (delivering Dec 2022 to March 2023) and Performance are available. The Standard Range Model Y AWD was made at Gigafactory Texas with […]
Sarah Lee-Jones
13 hours ago