Tesla Triples China-Made Model 3 Sales From April to May 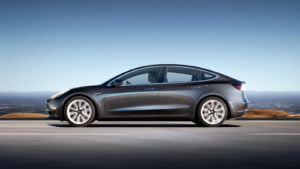 Tesla’s relationship with the People’s Republic of China, though brief, brought some initial challenges for the electric vehicle maker. Several stories surfaced earlier in the year where some Chinese drivers received downgraded Model 3 chips. This created a whole host of legal issues and brand problems for Tesla. However, since then, Tesla has managed to recover and make some incredible progress in the Chinese market.

A new report from Reuters demonstrates just how far Tesla has come in the Chinese market. “U.S. electric vehicle maker Tesla Inc sold 11,095 Shanghai-made Model 3 vehicles in China in May, more than triple the volume seen in April, according to the China Passenger Car Association (CPCA).”

In the month of April, Tesla sold just 3, 635 vehicles in China. Of course, these lower numbers were owed in some part, to the complications in the company’s supply chain caused by the coronavirus outbreak. However, as the outbreak hotspot shifted to North America, Tesla rebounded to report significant sales in May.

By and large, the Chinese automobile market recovered quickly. Reports from Electrek show that “vehicle sales in China rose 12% in May to 2.14 million units.” The rest of the world seems to be recovering from the coronavirus outbreak. The news bodes well for Tesla and others in the electric vehicle marketplace.