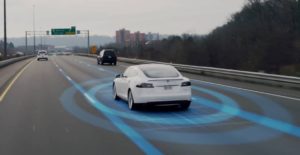 Tesla’s latest Autopilot features bring a number of revolutionary features to drivers. In the electric vehicle company’s latest software update, a new beta mode allows drivers to engage with experimental traffic features. With Traffic Light and Stop Sign Control mode, vehicles respond in real time to traffic conditions, adjusting Autopilot navigation to correspond with traffic lights and stop signs. In a recent tweet from Tesla CEO Elon Musk, it appears that the feature is coming to Canadian drivers sometime in the next few weeks.

As Musk often does, he replied to a fan’s question regarding Canadian access to the new feature. The fan asked, “Any word on when traffic control autopilot will come to Canada?” Tesla CEO Musk replied saying “A few weeks away.” The tweet went out on May 15th, which puts the expected date somewhere around the first of June.

A few weeks away

The company rolls out releases in different countries at different times. We’ve seen with certain features in the past, such as contactless deliveries implemented in the face of the coronavirus outbreak. In any case, Canadian drivers are eager to get their hands on Tesla’s latest Autopilot feature. The feature remains in beta test mode. As such, drivers are encouraged to exercise caution.

Tesla kicked off its 2022 AI Day by showing off a demo of its Optimus robot. The Optimum bot was able to walk out on stage on its own, wave to the crowd and even ‘raise the roof’ to music. Optimus was shown lifting boxes, working in a factory doing some light work and even […]
Sarah Lee-Jones
8 hours ago

Tesla’s big AI Day 2022 is here and it is slated to start at 6:15pm PDT/9:15pm EDT from Palo Alto, California. The event is to recruit engineers to “build the future of AI”. According to the AI Day invite, attendees will “learn about Tesla’s latest developments in artificial intelligence, including Full Self-Driving, Tesla Bot, Dojo […]
Sarah Lee-Jones
17 hours ago

A set of photos shared this week show that Tesla’s Powerwall and Solar Roof are super durable and will continue working after exposure to storms, as noted by one roofing company. @Tesla retweeted photos of a Tesla Solar Roof and Powerwall that withstood winds and rain from Hurricane Ian on Thursday. The photos, originally shared […]
Peter McGuthrie
18 hours ago