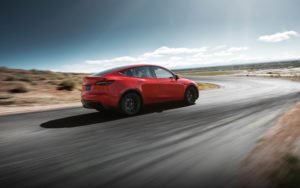 The dispute between Alameda County and electric vehicle manufacturer Tesla Inc. may be coming to a head soon. Earlier in the month, Tesla CEO Elon Musk resisted county orders insisting Tesla’s production facility in Fremont remain closed. Earlier in the week, Tesla decided to reopen the factory despite local regulations, a move that created even greater tensions. Now Alameda County has agreed to allow Tesla to reopen, as long as the company meets certain conditions.

A new tweet from the Alameda County Public Health Department outlines stipulations for Tesla. The information may apply to other companies in a similar or adjacent industry. However, the orders at this point outline measures specific to Tesla. As the tweet states, “We received Tesla’s site-specific Fremont COVID-19 Prevention and Control Plan yesterday as anticipated. A site-specific plan is a part of the Governor’s guidance for reopening manufacturing.”

Alameda County Update on Tesla, May 12: We received Tesla’s site-specific Fremont COVID-19 Prevention and Control Plan yesterday as anticipated. A site-specific plan is a part of the Governor’s guidance for reopening manufacturing. pic.twitter.com/KsooDIKUYG

If Tesla’s preparatory measures are any indicator, the company takes the concerns about its employees seriously. They recently launched a “Return to Work” Playbook that outlines rigorous health and safety measures for all employees returning to work. Furthermore, the company dealt with similar issues at their Shanghai Gigafactory in China earlier in the year. As Elon Musk stated in a recent interview with Joe Rogan, Tesla reported no Chinese employees with coronavirus.