Tesla Plans to Reopen Fremont Factory This Week, Details ‘Getting Back to Work’ 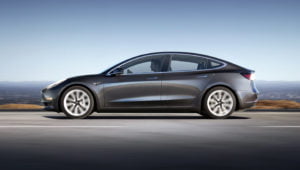 Electric vehicle manufacturer Tesla Inc. plans to bring employees back to work in its Fremont, California factory as soon as this week. The company has faced numerous challenges due to the recent coronavirus outbreak in the United States. While Tesla experienced some problems with the virus earlier in the year in China, things in the United States have proven to be a bit more challenging. In a recent blog post from Tesla leadership titled “Getting Back to Work” the company unveils its plan for resuming production in California.

In the blog post, Tesla credits the success of its efforts rebooting production in Shanghai. The return to work in China outlined a number of new safety protocols to keep employees safe at work. Using this venture as a model, Tesla plans to have employees begin shifts this week.

However, the move isn’t all good news for Tesla. Their decision to return to work in California comes off the heels of a battle with state and local officials. As a matter of fact, according to sources at CNBC, the automaker even “filed a lawsuit against, asking a federal court to invalidate orders by local authorities that have prevented the automaker from resuming production.”