Battery Day Will Be ‘Most Exciting Day’ in Tesla’s History, Says Elon Musk 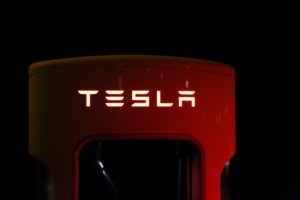 The past few weeks have been full of updates for the electric vehicle giant Tesla Inc. They released a critical new software update that brings some revolutionary features to drivers’ fingertips. The company also released an impressive earnings report from the first quarter of the year. But, according to Tesla CEO Elon Musk, the company’s most exciting day has yet to come.

Battery Day, an event designed to showcase Tesla’s battery technology, was interrupted by the coronavirus outbreak. The event has been rescheduled until later in May. It’s still not clear where Battery Day will take place. It’s likely that Texas or California will host the event. However, some restrictions may put a limit on things.

Battery Day intends to cover nearly all aspects of Tesla’s pioneering battery technology. According to sources at Business Insider, The initial announcement included talk of “a comprehensive review of cell chemistry, module and pack, architecture, and manufacturing plan that has a clear roadmap to a terawatt-hour per year.”

Of course, Battery Day isn’t the only part of Tesla’s plans that have been disrupted by coronavirus. Earlier in March, the company had to shut down its main production facility in California. Talks of an extended stay at home orders in California may prolong the company’s closure.