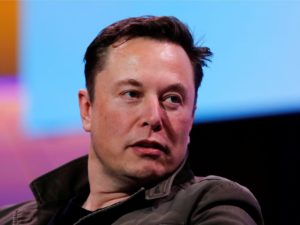 Things are moving quickly in regards to Tesla’s involvement in the coronavirus pandemic in North America. Earlier in the week, the electric vehicle manufacturer announced it would be donating ventilators to hospitals in New York City. But confusion in a delivery of ventilators led to an unjust smearing of the company’s efforts.

Today, Tesla CEO Elon Musk clarified some of the confusion surrounding the donations. While many hospitals use high end ventilators to support patients with COVID-19, Tesla sent BiPAP machines to some hospitals. The initial deliveries riled people up, assuming that Tesla had sent the wrong machines. However, it turns out that Tesla did in fact send the right machines as requested by New York governor Andrew Cuomo.

BiPAP machines (along with CPAP machines) were recently approved for use in light of the shortages hospitals are facing. It’s true that these machines are not meant as life support for patients in critical condition. Nevertheless, they are useful for preventing worsening symptoms. Elon Musk stated as much in a recent tweet saying, “Yeah, very important to provide C/BiPAP devices to *prevent* cases from becoming severe…”

New York City hospitals took to social media to support Tesla’s efforts in assisting with the coronavirus outbreak in the United States. Even though the company has shifted its focus, it managed to report an excellent quarter earlier in the week.

Over the weekend, Tesla owner and YouTuber Jeremy Judkins evacuated from their Hurricane-Ian-affected North Port, Florida, residence in their Model X Plaid. North Port experienced significant flooding after the storm, and more was expected. Instead of waiting around, Jeremy chose to leave to a safer location in their Model X Plaid. He was able to […]
Nehal Malik
4 hours ago

Tesla has announced its production and delivery numbers for Q3 2022. The company said it produced over 365,000 cars and delivered a record 343,830 vehicles in the third quarter. “Historically, our delivery volumes have skewed towards the end of each quarter due to regional batch building of cars. As our production volumes continue to grow, […]
Sarah Lee-Jones
6 hours ago